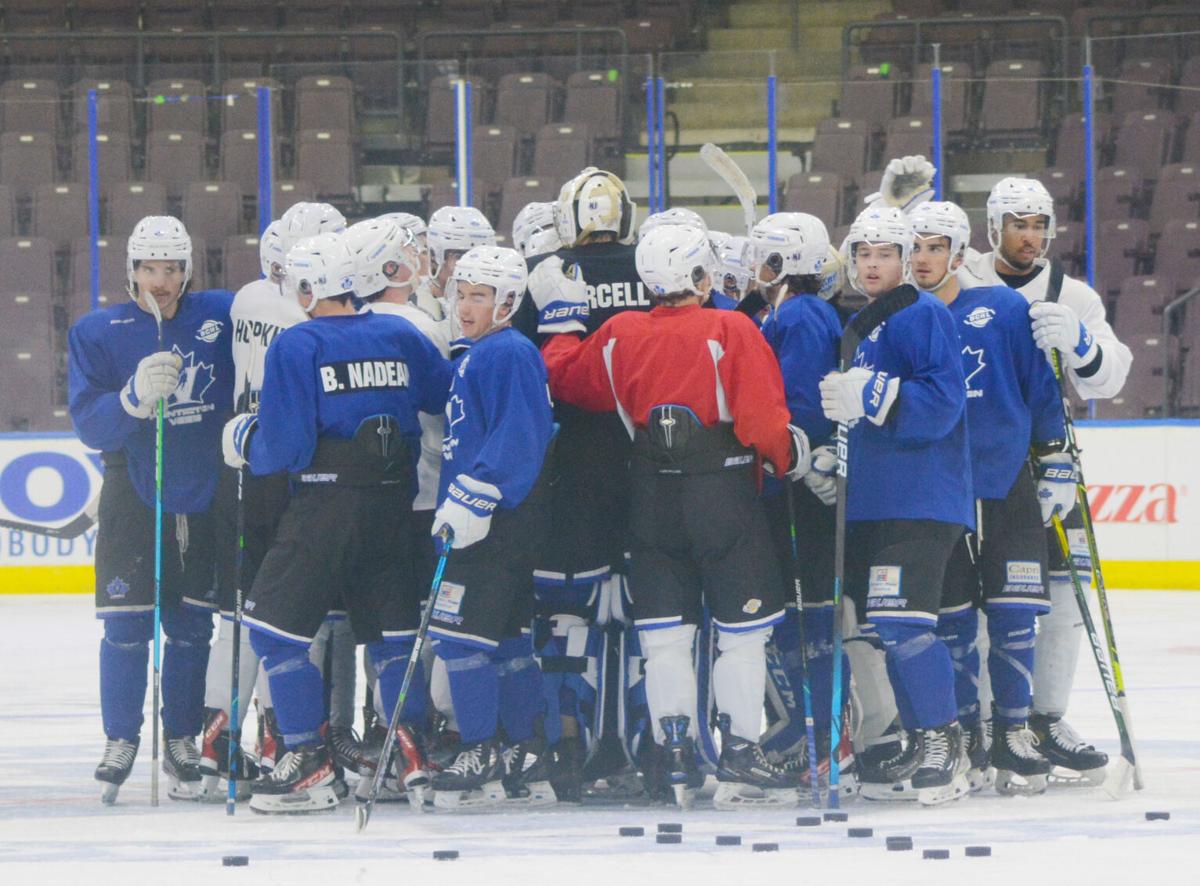 Members of the 2021-22 edition of the Penticton Vees huddle at centre ice following practice Thursday. 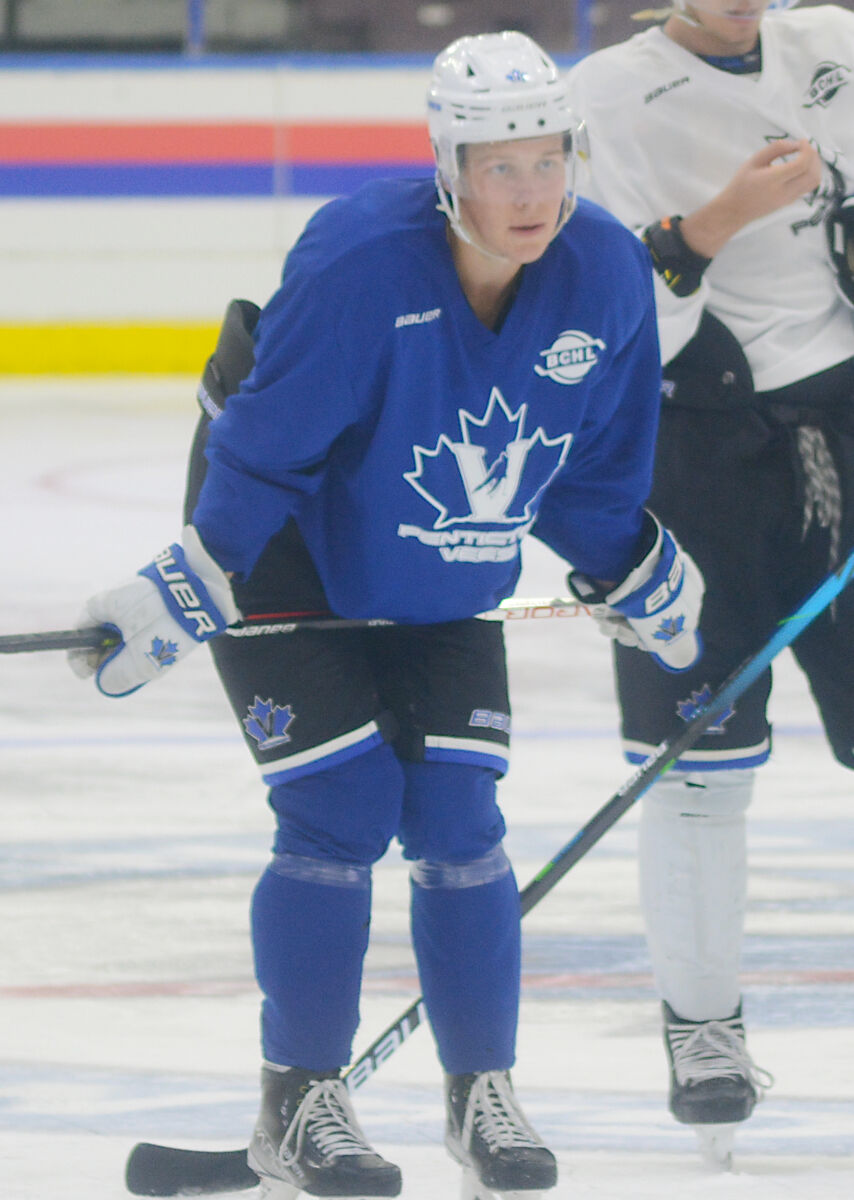 Fin Williams is captaining the Vees for the second consecutive season.

Members of the 2021-22 edition of the Penticton Vees huddle at centre ice following practice Thursday.

Fin Williams is captaining the Vees for the second consecutive season.

It’s been more than 18 months since the Penticton Vees last played in front of a live audience, a streak that captain Fin Williams will be glad to see end Friday night when the Vernon Vipers visit for the first exhibition game of the 2021-22 campaign.

“It’s important for us to show the town some hard work and a good game, because they’ve been waiting a long time to see us and they’ve supported us through tough times,” said Williams, 18, following practice Thursday.

“We’ve got to be ready to go, because there are a lot of people who are passionate and are going to be here paying to watch us play, so we have to show them some respect and work hard.”

The last time the Vees skated in front of fans was March 4, 2020, when they polished off the West Kelowna Warriors in Game 5 of their first-round playoff series.

They were due to open their second-round series against the Vipers nine days later, but that game – and many more to follow – was cancelled as a result of the pandemic.

It’s fitting, then, that it’s the Vipers against whom the Vees will face-off when the puck drops at 7 p.m. And, although many of the faces on the ice will be new, the style of hockey will be classic Vees.

“I think what makes us special is we play fast, we play skilled, we play really offensive, but, at the same time, this team is going to out-compete anybody,” said Williams, a six-foot-one, 185-pound native of North Vancouver who’s committed to the University of Michigan.

“Hearing fans in this building is really going to gives us that extra push and we’re going to be going 100% for them.”

A limited number of tickets will be available for walk-up sales at the South Okanagan Events Centre box office due to public health regulations that limit attendance to half capacity.

As per those same regulations, fans ages 12 and up will have to prove they’ve been double vaccinated against COVID-19 to get into the building.

And all fans ages five and up will have to wear a mask at all times inside the building, except while actively eating or drinking in their seat.

The doors to the SOEC will swing open at 5:30 p.m. to allow extra time for screening.

After Friday’s game, the Vees have four matches left on their exhibition schedule, including the rubber match Saturday in Vernon.

The Vees will open the regular season at home on Friday, Oct. 8, against the Vipers.

Season tickets are available to purchase with packages that work out to as little as $9 per game. For more information, contact Laura Carleton at 250-493-8337, ext. 4 or email laura@pentictonvees.ca.