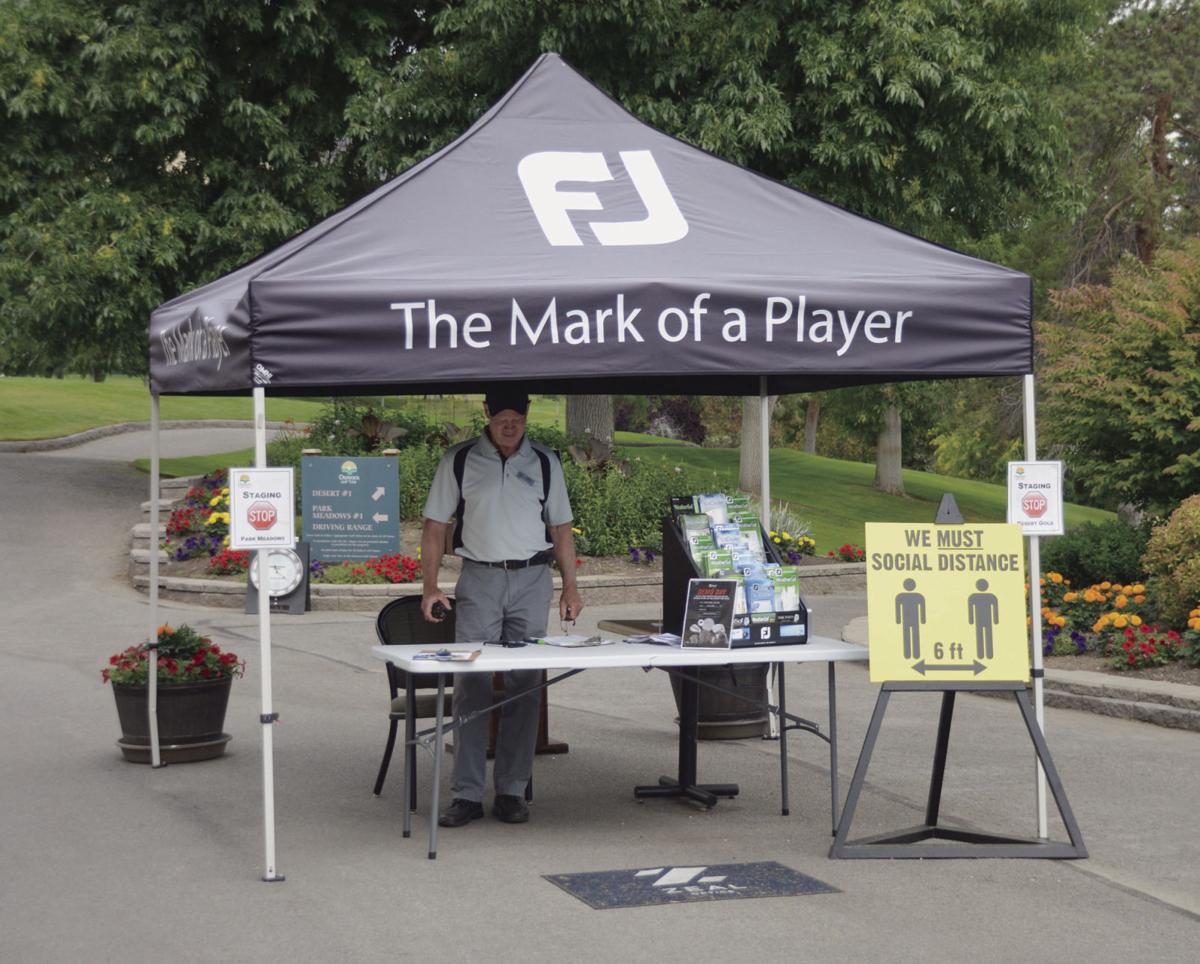 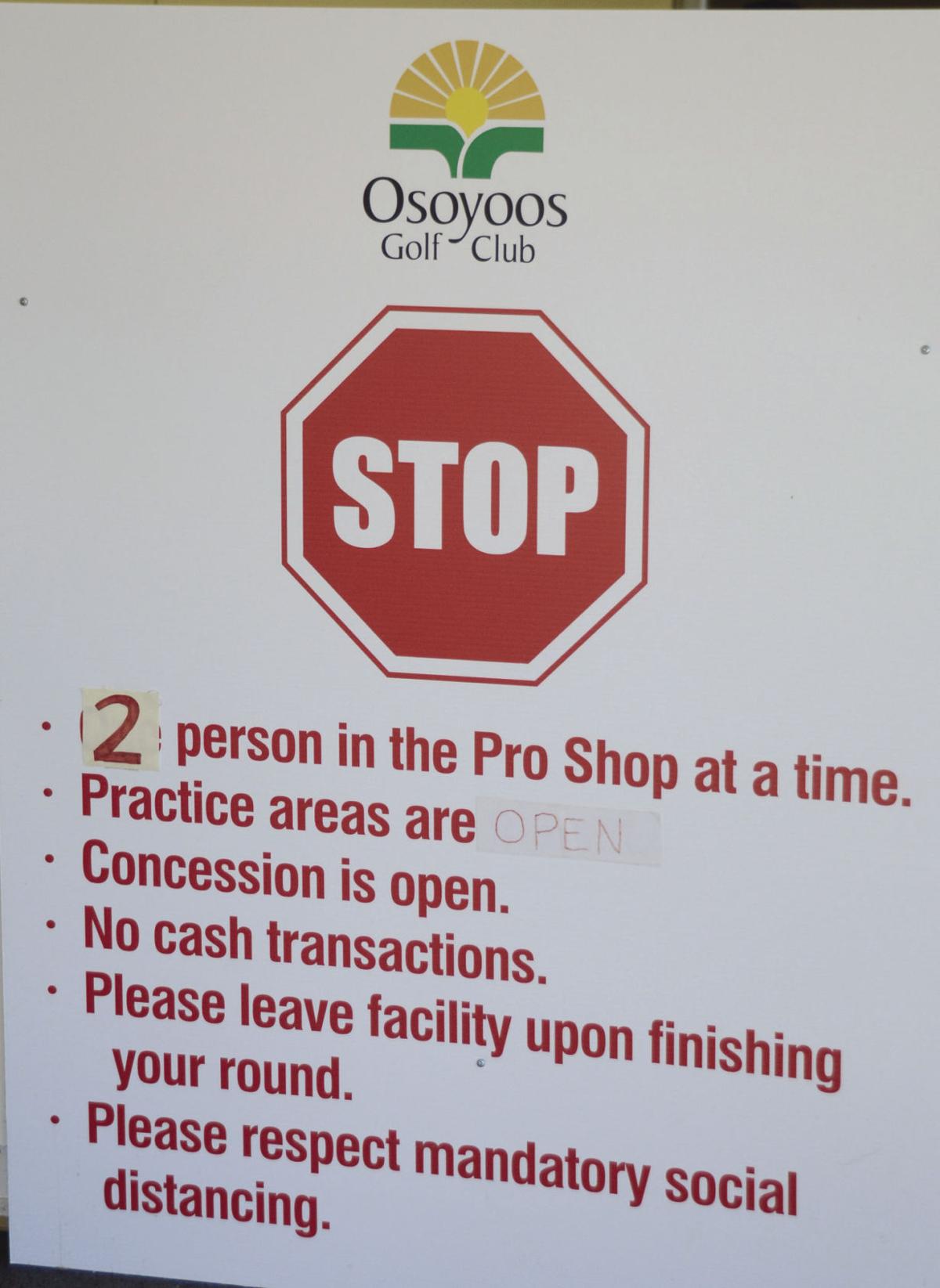 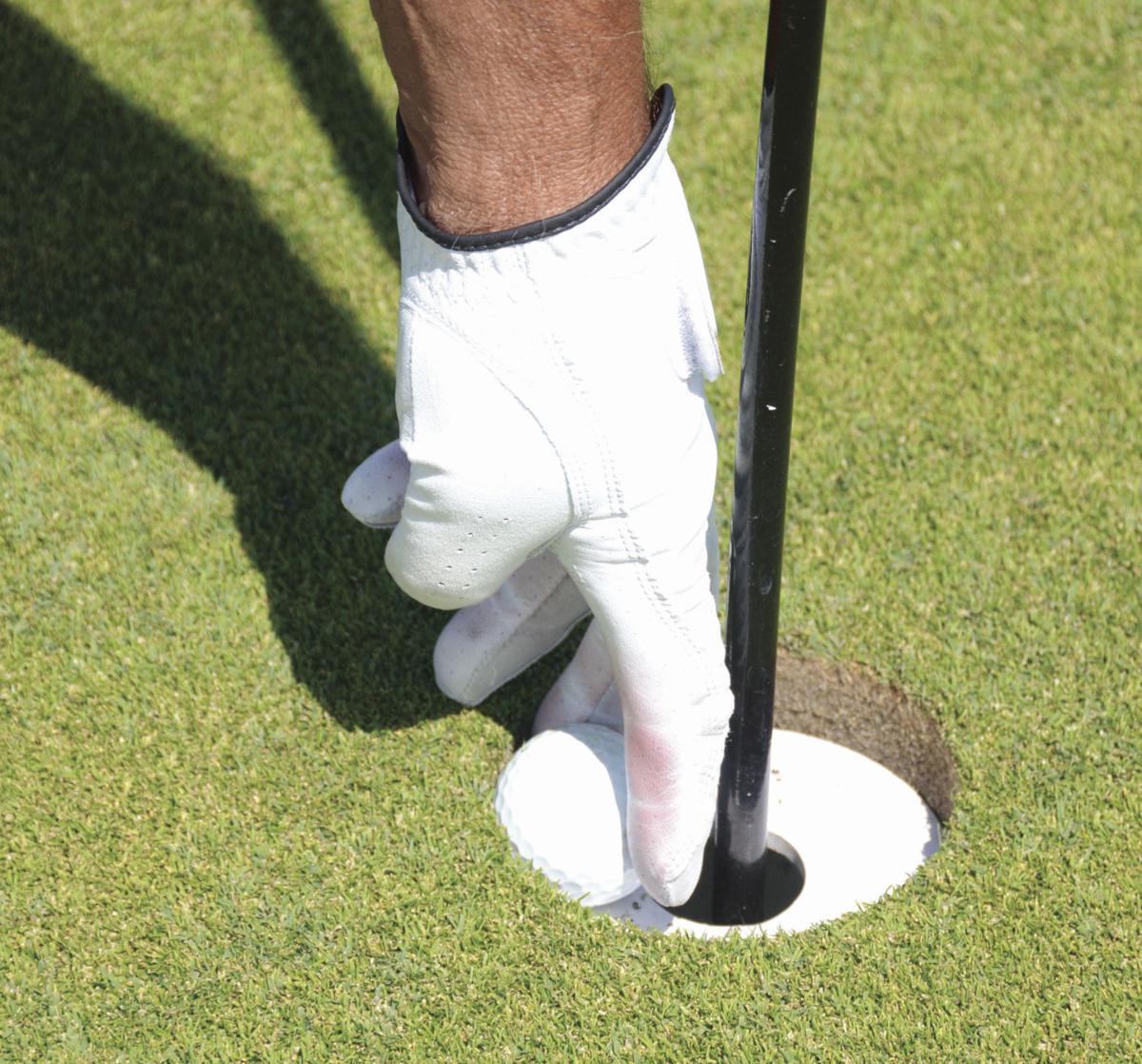 With many recreation options curtailed or eliminated by the COVID-19 pandemic, golf is the notable exception, matching and even exceeding numbers of participants compared to previous years.

As an outdoor sport played over wide swaths of ground, golf is in many ways the ideal sport during a time when the primary danger is being in an enclosed space crowded with other people.

From early in the pandemic, B.C. provincial health officer Dr. Bonnie Henry has encouraged folks to go outside.

While not mentioning golf specifically, she said: “Please, go outside. … Smile, talk to your neighbour, wave to them, be supportive of each other, but do it in a way that maintains that distance. … It is important for us to keep our health and mental health going as well through this.”

Keeping the social distancing principles in mind, the golf community in the Okanagan Valley has come back from a slow start in the spring to a point now where tee sheets are full and memberships are even expanding.

A few clubs opened in late February or early March, but closed shortly after the provincial state of emergency was declared on March 17.

But once it became clear that golf courses could, with proper protocols, operate without substantial fear of spreading the COVID-19 virus, the game began to re-emerge.

Courses began opening and re-opening in early- to mid-April. By the end of the month virtually all courses in the valley were operating under strict health and safety constraints.

Osoyoos Golf Club general manager Doug Robb said in a recent interview: “The key things that made it possible to open were assurance from BC Health that it was safe to re-open, golf being one of the safer activities you could do, because of the outside element and people could social distance because of the space.”

Safety measures are similar throughout the golf world and generally include:

• Tee times spaced out to 10 or 12 minutes to maintain space between groups;

• Limiting shared touch surfaces, by removing rakes from sand traps, taking away ball-cleaning devices, leaving flagsticks in the holes and using a method of retrieving balls that involves touching nothing but the ball;

• Limited contact between employees and players – credit and debit transactions only, plexiglass barriers in the pro shop, limited food and beverage service;

• Strict control of foot and other traffic on the golf club property;

• Encouraging players to arrive close to their tee times and to depart the property promptly after completing play to avoid contact with others; and

• Hand-sanitizer stations at multiple locations along with reminders to social distance.

As for volume of play, Penticton Golf and Country Club is reasonably typical of the whole valley. “It’s really going well,” said general manager Guy Dow. “I’ve noticed a lot of play. People may be playing more than they have in past because it’s one of the few things that you can do (in which) you’re socially distanced.”

Dow said play is up for both members and daily green-fee players. He added that play is restricted to single rounds because charity and corporate events have been cancelled because of social-distancing concerns.

“We’ve grown tremendously this year in membership dues,” said Sweeney, “but we still do a fair amount of public play.”

He sees a number of reasons for the membership growth. “Obviously with some of the other activities that aren’t available to people, softball, soccer and other team-type sports … have maybe helped.

“(And) some people who would maybe travel in the summer but are not travelling have maybe looked at golf membership or daily play more than they would have if they were in Europe for three months.”

Gilles Dufort, general manager at the Harvest Golf Club in Kelowna, concurs that the stay-at-home aspect of the pandemic has had a positive impact on the number of rounds.

“We are extremely busy, primarily with members play … no one is travelling out of town. … We have a very upwardly mobile membership and we typically have people who may have residences in other provinces or other parts of the province. People who might travel abroad in the summertime,” said Dufort.

“(But) now everyone is staying home because it feels more secure and people feel very safe being in the Kelowna area. It’s creating high demand.”

For some clubs, the COVID-19 pandemic presented an existential threat.

“Without reopening our club wouldn’t exist at all,” said Fairview Mountain Golf Club general manager Brian McDonald. “We’re a not-for-profit society so … financially there was a reason to reopen.”

He said the Oliver club closed in late March, but after three weeks, during which an in-house committee of medical professionals created a safety plan, re-opened on April 7.

“Our membership, sort of on the mental-health side of it … were very disappointed they couldn’t get outdoors … but also we wanted to make sure we (opened) safely and so we did that with this committee,” said McDonald.

“We’re fortunate to have seven doctors and four nurses among our membership, so you might as well use the resources at your fingertips.”

In Osoyoos, Robb said he has been pleasantly surprized at the volume of play. “Pay-for-play traffic was extremely slow to start, but now it’s eclipsed all of our expectations. The demand for golf over the last month has been like nothing I’ve seen. It’s every day, not just once in a while. “Up and down the valley, everyone is pretty much flat out. (There is a) huge demand for golf.”

Provincial-level competitive golf returns to B.C. later this month with the playing of the Men’s Amateur and Junior Boys Championship at the Bear course at Okanagan Golf Club in Kelowna.

Tournament golf had been curtailed because of COVID-19 concerns, with the men’s mid-amateur, women’s and junior events being cancelled earlier in the season.

“One was liability for the board of directors,” he said. “The province said about five weeks ago that they would cover liability for sports organization boards that their insurance wouldn’t cover because of COVID-19. That was a big thing. (We) can’t ask a volunteer board members to take on liability.”

The second factor was travel. “When phase 3 was announced saying we’re actually encouraging travel within B.C., we decided to hold events.”

Hastie said BCGolf-sponsored events will follow the safety protocols at the golf courses where the events are held. In addition, some tournament-specific precautions will also be in place:

No spectators or caddies allowed at the event. Only players and officials on the golf course;

Players may arrive 45 minutes before tee time. They will have scheduled driving range and practice green time and then head to the first tee. They will be asked to leave the property shortly after they finish to avoid congregation;

No practice at the golf course, just the warm-up.

Awards ceremony will include just the winners and will occur outside. No gatherings. No dinner. No registration table, registration online only;

Carts are not an issue because everyone walks; and each participant will be given his own rake for raking sand traps.

The men’s amateur is normally a four-round event with a cut after the second round. Hastie said it has been reduced to three rounds with no cut.

Players will go off in foursomes rather than usual threesomes and everyone will start on the first tee rather than number 1 and 10.

Since the men’s mid-amateur and junior championships were cancelled, the Kelowna event will include them as well. All players will play from the same tees and trophies will be presented to champions in all three categories.

Other upcoming BCGolf events include:

• Juvenile and junior girls championship on Aug. 10-13 in Duncan;

• Bantam and novice championships in Chemainus on Aug. 17-19;

• Women’s amateur, mid-amateur and senior in Campbell River on Aug. 24-27; and