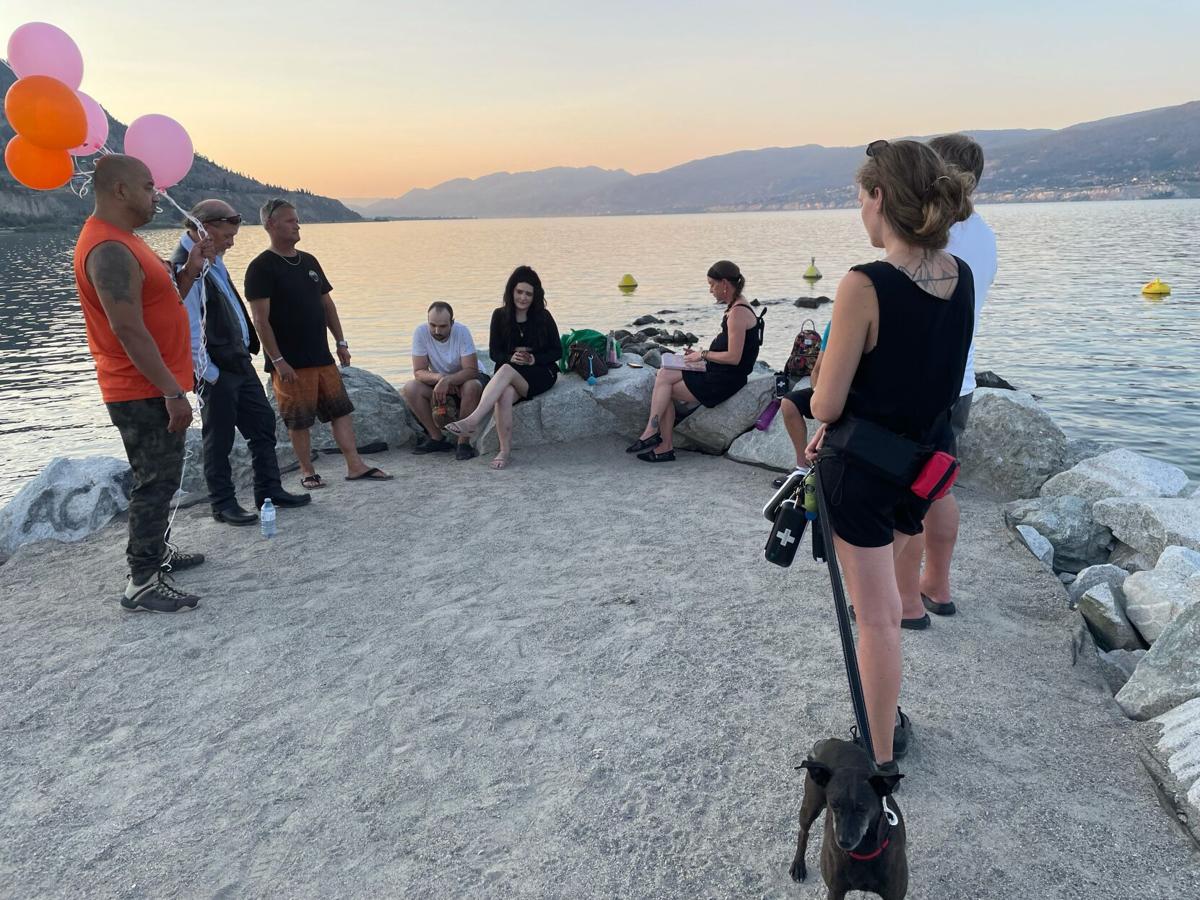 Friends of "Abby" meet on the pier near the SS Sicamous in Penticton. 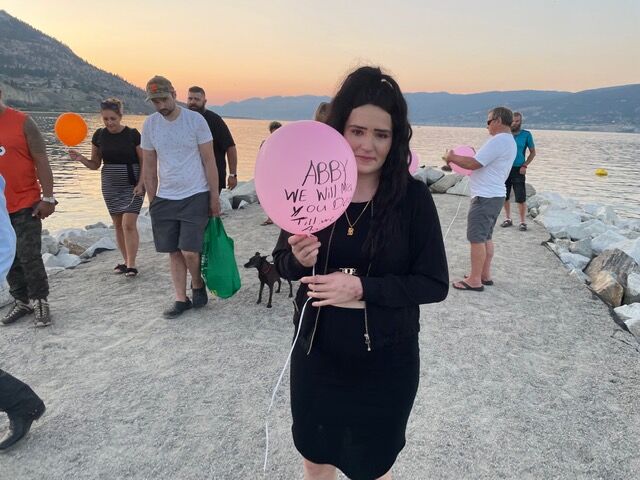 Friends of "Abby" meet on the pier near the SS Sicamous in Penticton.

It was a typical Friday night in Penticton on the pier at the SS Sicamous. A dozen people met to remember their friend Abby.

They held balloons with personalized messages written with a Sharpie, signed a book of condolences, listened to songs, shared stories, hugged and cried. An hour later, everyone went home.

Abby, whose surname I’ve chosen not to print, died June 10 at 4:03 p.m. She was 31. The cause of death was an overdose caused by a mix of fentanyl and benzodiazepine. She was experiencing homelessness at the time.

“You’d see Abby and she’d light up a room and impact you all day,” her friend Samantha said.

“She was a good person, the only true friend I’ve ever had. Abby would come to my house and it was a safe place for her. She was there with people who loved her.”

Originally from Atlantic Canada, the relationship that brought Abby to Penticton ended in a breakup. She kept in touch with her mother and was planning a trip to see her. Only days before her death, she told friends she wanted to be clean and sober.

“Abby had an amazing mother, who raised a wonderful daughter, even though she wasn’t her birth mommy,” Samantha said.

According to Samantha, Abby was often denied access to some services.

“Abby you either loved or hated. Most people loved her, but she was quite scary when she was mad, but always quick to make amends. Abby didn’t like bullies because her brother had a disability and was often taunted.”

With 10 overdose deaths in the first five months of 2021 in Penticton alone, memorials such as Abby’s are all to common.

Samantha describes herself as an addict, but is being treated. She’s lost count of the number of people she’s saved with naloxone.

“They need to decriminalize. (Stop) sending people to jail and putting them on restrictions... In Portugal, if you get caught with heroin, you go to treatment, they don’t send you to jail. They help you, they find solutions,” she said when asked what should be done.

“Penticton is a small town that shuts down at 10 o’clock at night. You have bored kids, with nothing to do, who don’t fit in. They get bullied and they turn to drugs. That’s why I started, I didn’t fit in. Thank God, I’m still alive.”

Everyone can do their part, she says, in a small way.

“If people were more like, ‘hey, are you doing OK? Can I help you?’ — whether they mean it or not — can make a small difference.”

James Miller is managing editor of The Penticton Herald.