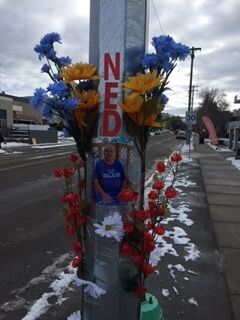 A memorial was placed at the scene of the accident, Wednesday afternoon at Nanaimo Ave. W. and Winnipeg Street. 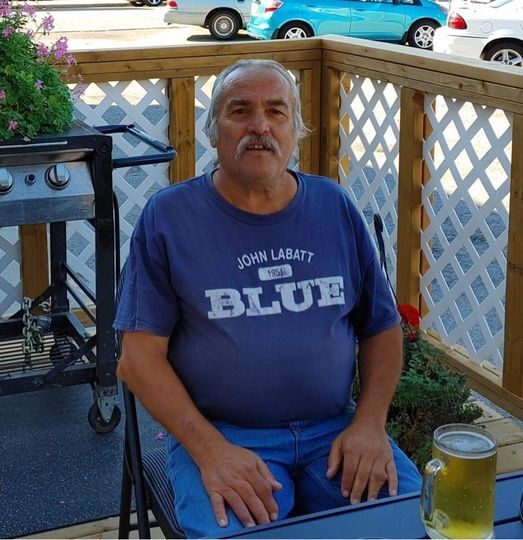 Ned Catroppa is pictured in a recent photo taken outside The Elks Lodge in Penticton.

A memorial was placed at the scene of the accident, Wednesday afternoon at Nanaimo Ave. W. and Winnipeg Street.

Ned Catroppa is pictured in a recent photo taken outside The Elks Lodge in Penticton.

My friend Ned lost his life Monday when crossing the street at the corner of Nanaimo Ave. W. and Winnipeg Street at 7:40 p.m.

I watch this corner every day from my window at The Herald. Friends put up a floral memorial Wednesday afternoon.

Unfortunately, details are sketchy because the driver left the scene of the accident.

Perhaps it was a person who was scared and took off. More likely, the driver was impaired and is now in hiding.

Whatever the circumstances, Ned’s family doesn’t know. They may never know. His loved ones shouldn’t have to go through life speculating on what may or may not have happened.

Ned Catroppa (I never knew his surname until Monday, I always just called him “Ned”) walked by The Herald office every day.

He lived several blocks away. He loved the pub scene and service clubs. He often stopped to chat.

My funniest memory of Ned was when, for some unknown reason, we ended up at the Fraternal Order of Eagles one afternoon.

“I haven’t been there in years,” he said, only because their hall isn’t within walking distance.

So we did... and everyone in the place knew him. Everyone liked him. It’s hard not to like Ned.

It was like Justin Bieber walking into a middle school.

Ned didn’t own a cellphone, but often borrowed one just so he could call his life partner, to make sure she was doing OK.

His love of Clancy’s and service clubs, I think, was the fact it gave him a chance to be around people.

It angered Ned whenever someone less-fortunate or elderly was being taken advantage of.

Although he owned a car and drove, whenever he hit the bar he’d walk to and from his home, even with a painful case of gout.

There’s so much irony in that someone who never got behind the wheel of a car when drinking lost his life at the hands of a careless driver, one who didn’t have the decency to stop and stay on the scene until help arrived.

Ned would have hated the attention he’s receiving. He was actually pretty shy and unassuming.

We’re hoping that by putting a face to his name (other than just referring to him as a 67-year-old man) someone in the know will grow a conscience and do the right thing and come forward.

James Miller is managing editor of The Herald.