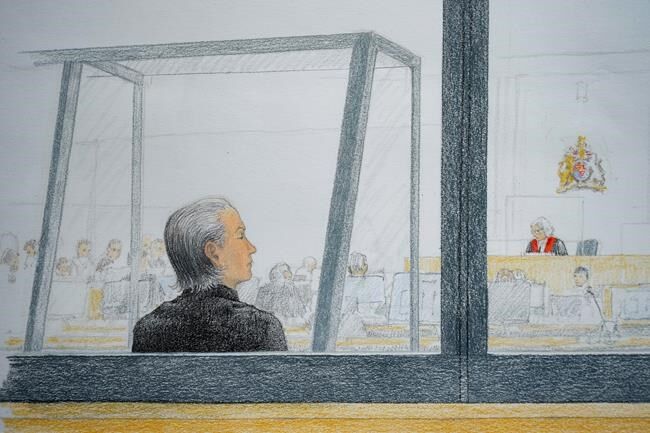 In this courtroom sketch, Aydin Coban is pictured at B.C. Supreme Court, in New Westminster, B.C., on Monday, June 6, 2022. THE CANADIAN PRESS/Jane Wolsak 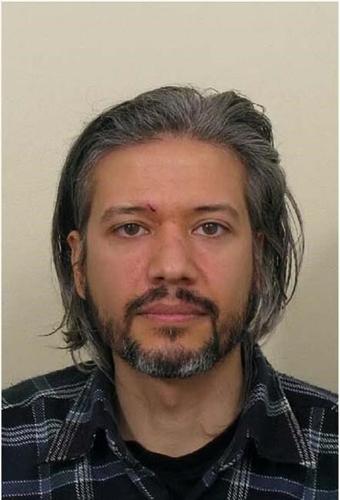 Aydin Coban is shown in a photograph from the time of his arrest by Dutch police, entered into an exhibit at his trial in British Columbia Supreme Court in New Westminster. A B.C. jury has found 44-year-old Coban guilty of extorting and harassing B.C. teen Amanda Todd. THE CANADIAN PRESS/HO-Dutch Police **MANDATORY CREDIT**

In this courtroom sketch, Aydin Coban is pictured at B.C. Supreme Court, in New Westminster, B.C., on Monday, June 6, 2022. THE CANADIAN PRESS/Jane Wolsak

Aydin Coban is shown in a photograph from the time of his arrest by Dutch police, entered into an exhibit at his trial in British Columbia Supreme Court in New Westminster. A B.C. jury has found 44-year-old Coban guilty of extorting and harassing B.C. teen Amanda Todd. THE CANADIAN PRESS/HO-Dutch Police **MANDATORY CREDIT**

NEW WESTMINSTER, B.C. - A Dutch man accused of tormenting British Columbia teen Amanda Todd via online threats has been found guilty of all charges he faced in connection with the case, a jury ruled on Saturday.

Aydin Coban was accused of extortion, harassment, communication with a young person to commit a sexual offence and possession and distribution of child pornography. The jury presiding over his trial in the B.C. Supreme Court handed down its unanimous verdict one day after deliberations got underway.

Cheers of "yes" rang out from the teenager's mother and supporters when the verdict was read out. Carol Todd, Amanda's mother, smiled through tears as the jury confirmed the verdict was unanimous.

Coban, who wore a blue button-down shirt and dark trousers, pursed his lips as the verdict was read out but otherwise showed little emotion. He craned his neck to look at the jury walking out of the room.

Jurors posed two questions earlier in the day, but delivered their verdict minutes after receiving answers.

Justice Martha Devlin said the Crown and defence are scheduled to meet Aug. 11 to set a date for sentencing.

Todd was 15 when she died by suicide in 2012 after posting a video that described being tormented by an online harasser.

The harrowing account, seen by millions of viewers since her death, saw her using flash cards to describe the torment from her anonymous cyberbully. Her plea and subsequent death shone a light on the issue of online harassment and cyberbullying.

At the start of the trial in June, Coban pleaded not guilty to all charges he faced. He was not charged in relation to Todd's death.

Crown lawyer Louise Kenworthy told the jury in closing arguments that two hard drives seized from the Dutch man's home had connections to Amanda Todd, including a deleted bookmark to child pornography depicting the girl.

At the beginning of the trial she said Todd had been the victim of a persistent campaign of online "sextortion" over three years before her death.

An RCMP officer testified he found "actual fragments of chat" between Todd and several of the online aliases used to harass her on a device seized from Coban's home.

After piecing together the evidence in closing arguments, Kenworthy said the only inference the jury could draw was that Coban was guilty.

His defence didn't call any witnesses in the case and his lawyer Joseph Saulnier told the jury in closing arguments that fragments of data cited by police at the trial could not link Coban to the extortion or harassment of Todd.

A Dutch court approved Coban’s extradition to Canada after his trial there on similar allegations.

Coban was sentenced to almost 11 years in prison after a trial in Amsterdam in 2017 for cyberbullying dozens of young girls and gay men.

He was convicted of fraud and internet blackmail and given the maximum sentence of 10 years and eight months, for what Dutch legal authorities said was “the devastating consequences of his behaviour" on the lives of his victims.

That court heard that Coban pretended to be a boy or girl and persuaded his victims to perform sexual acts in front of a webcam, then posted the images online or blackmailed them by threatening to do so. He was accused of abusing 34 girls and five gay men, behaviour the court called “astonishing.” In some cases, the abuse lasted years.

Outside the courtroom, the Port Coquitlam, B.C., teenager's mother said she was "elated" by what she called a "just" decision on all five counts.

"I'm just more than happy that waiting patiently for last eight years, it has come to a conclusion that everyone, not just me, not just our family, but lots of people in, around, beyond Canada will be so happy to hear," Carol Todd said in an interview.

Carol Todd said her daughter's legacy won't fade even though the case has now ended. It has brought conversations about sextortion to the forefront, she noted.

"It has set a new precedent," she said. "And it's Amanda who made this happen for us."

Defence lawyer Saulnier said he was "disappointed" with the verdict.

"This is not what we hoped for or expected. It's not the verdict we expected at all on any of the five counts," he said. "Now we need to consider our options. So, we'll speak to our client. An appeal is a possibility, but we need some time to decide."

Through the nine weeks of the trial, Todd's mother said she wore sparkly shoes and nail paint in the purple shade that was her daughter's favourite.

She sat behind Coban throughout the trial and glanced at him when the verdict was read.

Todd said she was "satisfied" that he knew she was in that room.

Her daughter would have turned 26 on Nov. 27 this year. She said she will have a drink in her honour on Saturday evening, although she hasn't decided what it will be. She has been thinking about her daughter’s favourite foods, which included peanut butter straight from the jar, mac and cheese and pizza.

“She was a teenager,” her mother said with a laugh.

Carol Todd will start working on her victim impact statement, and is looking forward to a vacation in three weeks.

The teen's mother — who works as a teacher — said she will get back to gardening growing tomatoes, peas, purple beans and corn, and working on raising awareness about sextortion now that the case is almost done.

— With files from The Associated Press

This report by The Canadian Press was first published Aug. 6, 2022.

Note to readers: This is a corrected story. A previous version said the date to schedule a sentencing was Aug. 12.