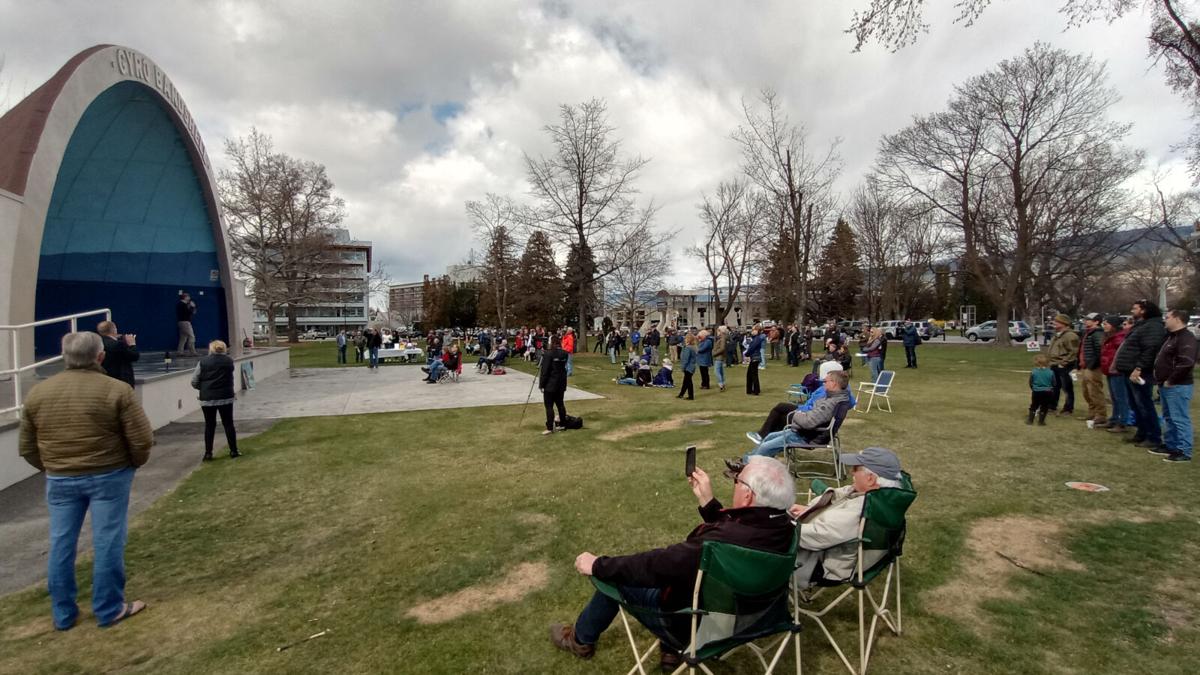 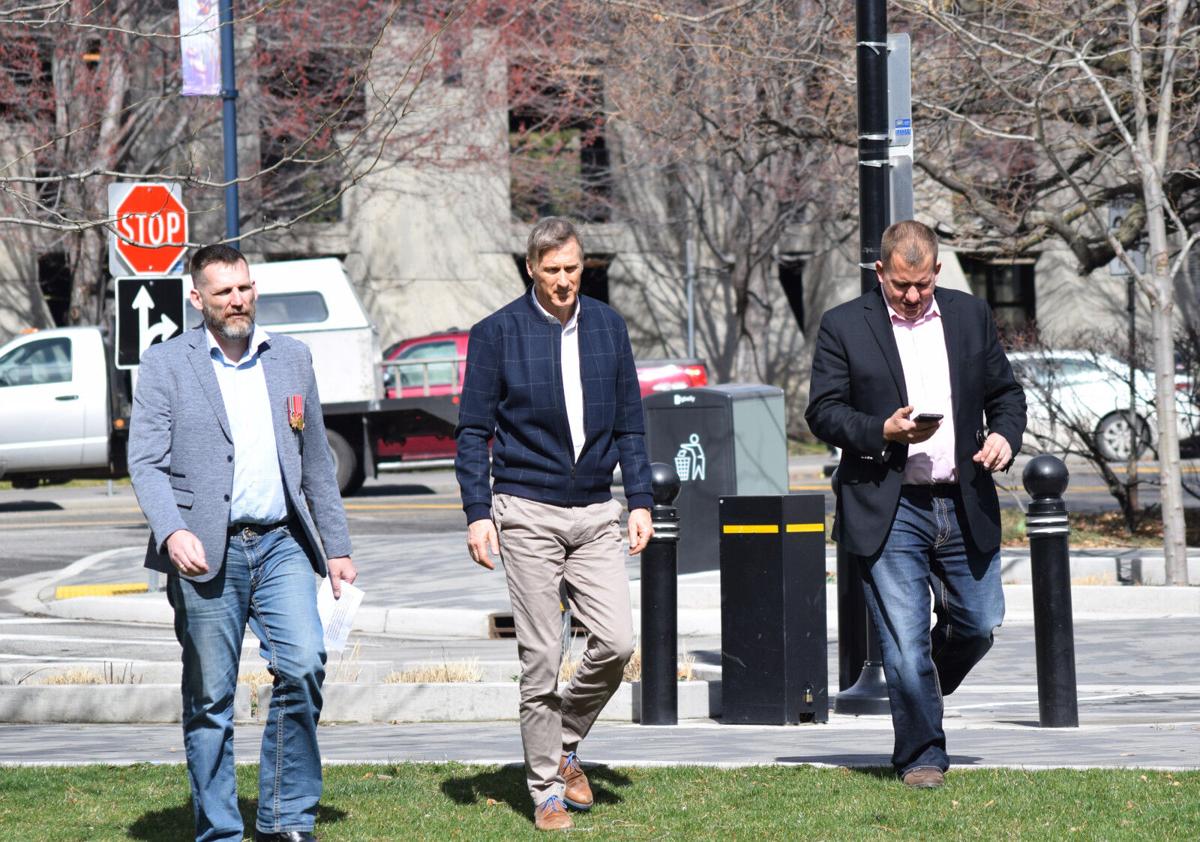 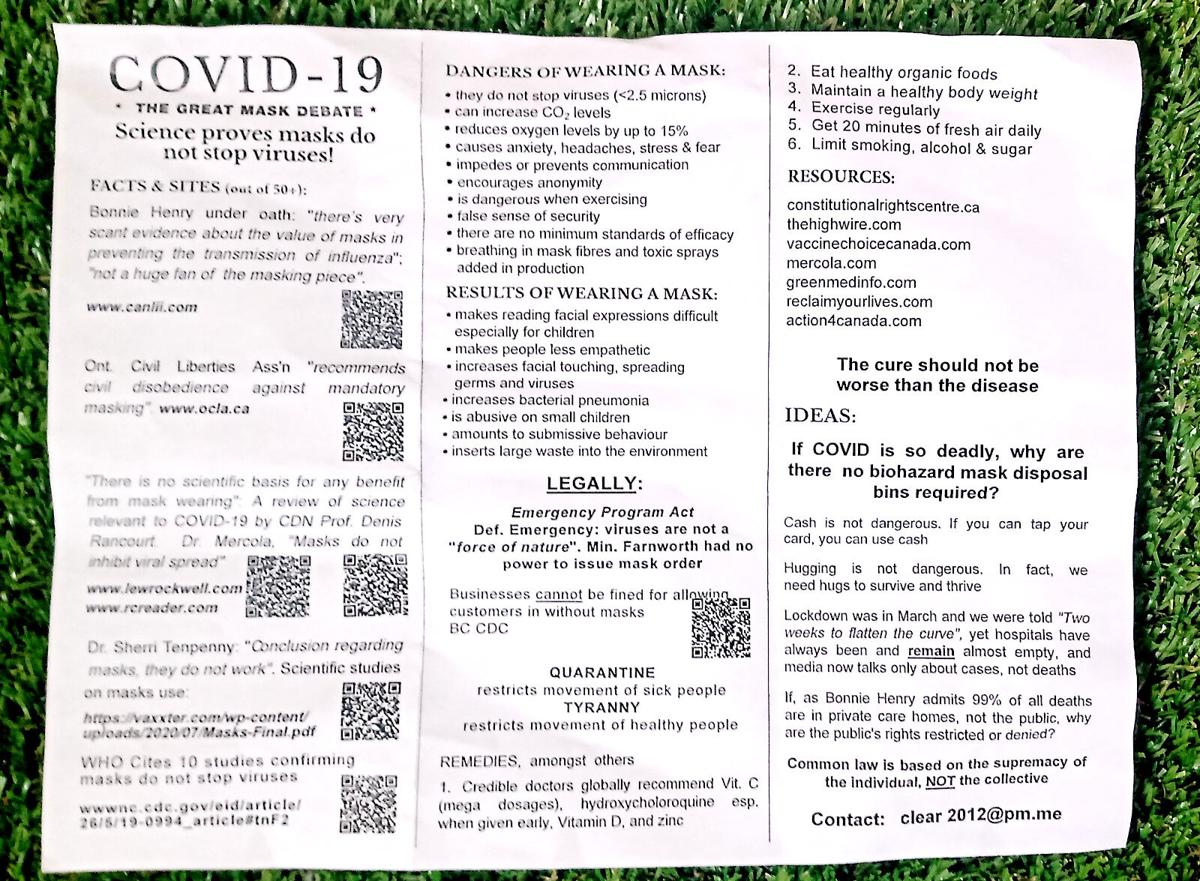 Lockdowns aimed at halting the spread of COVID-19 – which has killed approximately 23,000 people so far in this country alone, according to the Public Health Agency of Canada – are a form of “tyranny” that must be stopped, a Quebec politician told a rally Thursday in downtown Penticton.

Maxime Bernier, leader of the People’s Party of Canada, spoke to a crowd of about 75 people – just a handful of whom were wearing masks – from the stage in Gyro Park.

“We just want to get back to our old normal, our lives, our way of life, and we are here because we are fighting to preserve and keep our Western civilization’s values,” said Bernier, on what was the first of five planned stops on a two-day tour of the B.C. Southern Interior.

“We are tired of all the propaganda by the mainstream media and the medical establishment. If you look at the data, after a year of COVID-19, we now know that 99.6% of people who had COVID, they don’t die,” said Bernier, without citing the source of his data.

Bernier acknowledged those in attendance represent a “minority,” but called for them to speak to their friends and families about the pressing need to end lockdowns.

“We must defend our freedoms against these authoritarian measures, against this tyranny called government. It is important to act now,” he said.

“It’s not only the lockdowns that are hurting us – it’s everything around that,” Bernier continued near the end of his 10-minute speech.

“People are afraid to speak – cancel culture and all that. We need to fight, we need to speak, we need to be out there.”

Prior to Bernier’s arrival, David Lindsay, who has been organizing anti-mask rallies across the Okanagan, warmed up the crowd. Others distributed anti-mask literature, including a pamphlet that recommends Vitamin C, zinc, organic foods and fresh air as natural remedies for COVID-19.

Bernier, a former Quebec MP, was also scheduled to speak Thursday evening at the Sails in downtown Kelowna and again today at 1 p.m. in Vernon at the Polson Park band shell. He’ll then move on to Enderby, Salmon Arm and Kamloops.

The right-wing PPC was started by Bernier in September 2018 after he quit the federal Conservative party. It ran candidates in 315 of the country's 328 ridings in the October 2019 federal election, winning 1.6% of the vote nationally.

Bernier lost his own seat in the Beauce region of Quebec, which he had held since 2006.

Check the Saturday paper for a full interview with Bernier on his party’s organizing efforts in the Okanagan.