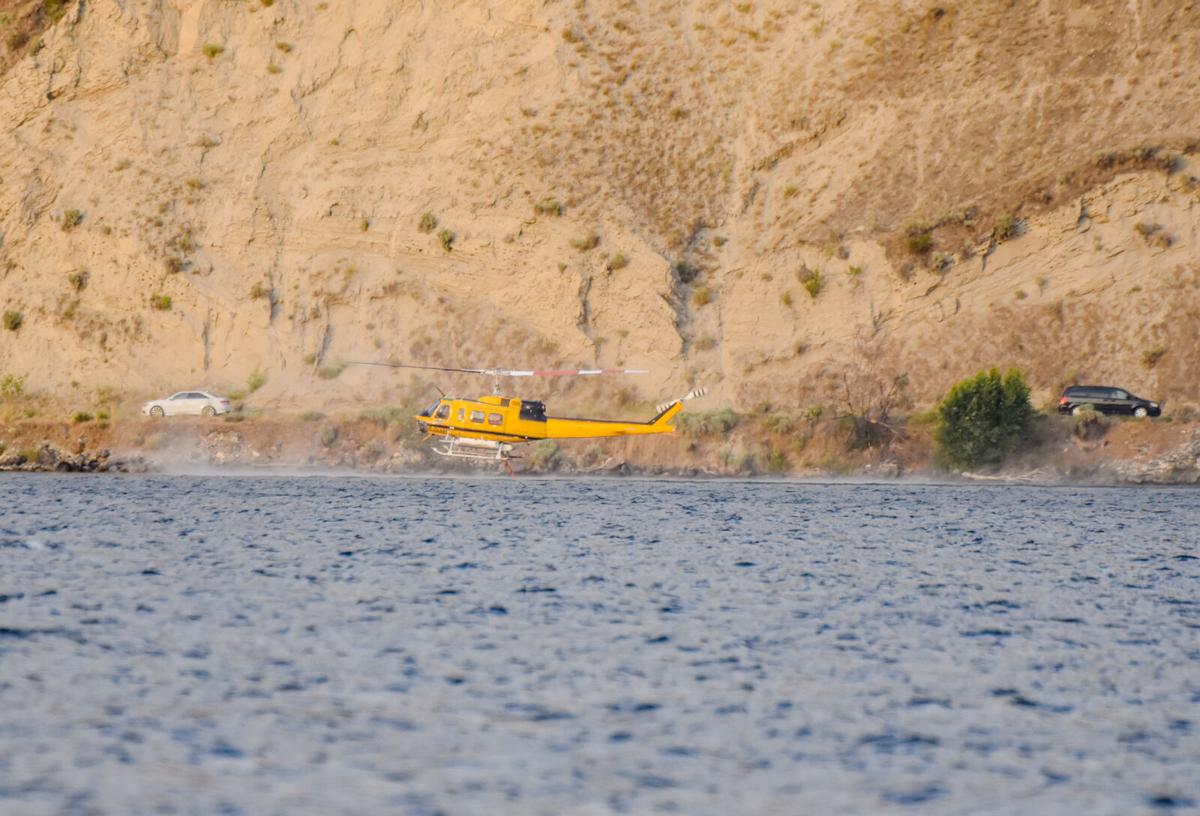 A helicopter attached to the Thomas Creek wildfire fills up with water from Skaha Lake as vehicles pass by on Eastside Road over the weekend. 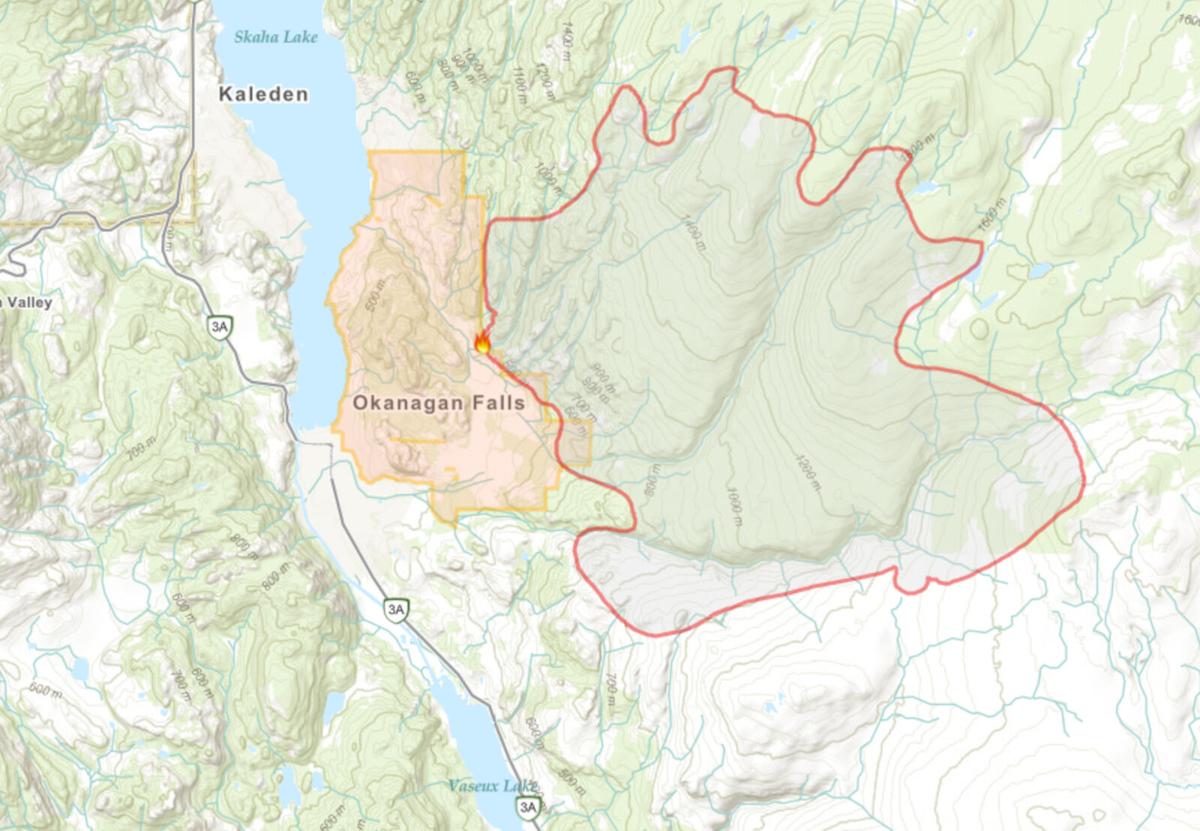 The red line indicates the boundaries of the Thomas Creek wildfire as of Monday, July 19.

A helicopter attached to the Thomas Creek wildfire fills up with water from Skaha Lake as vehicles pass by on Eastside Road over the weekend.

The red line indicates the boundaries of the Thomas Creek wildfire as of Monday, July 19.

After having its official size taken down a notch Sunday, the Thomas Creek wildfire near Okanagan Falls flared up to 6,600 hectares on Monday.

Heading into the weekend, the fire was pegged at 5,500 hectares – or 55 square kilometres – by the BC Wildfire Service, which downgraded its estimate to 5,400 hectares on Sunday as a result of better mapping.

And then? “We started to see an increase in fire behaviour (Sunday) and we knew we were going to have a fairly active day, which we did,” said BCWS spokesman Mike McCulley in an interview Monday.

Thankfully, the fire has been growing to the north and east, away from Okanagan Falls and towards the 201 Forest Service Road, which is doing double-duty as a fuel break.

The fire has made “a few small excursions” across the road, according to McCulley, but “nothing that our crews have not been able to effectively manage with the help of heavy equipment.”

There were 23 pieces of heavy equipment at the scene Monday, along with 10 helicopters, 23 firefighters and 30 support staff.

The fire, which is suspected to be human-caused, lit up July 11 in the hills approximately 1.5 kilometres east of Skaha Lake near the midway point of McLean Creek Road.

A total of 704 properties in the area are under an evacuation alert issued by the Regional District of Okanagan-Similkameen.

An area restriction is also in place to keep the public away from the fire scene, although the 201 Forest Service Road remains open – for now.

“There are danger trees all along the 201, and while access isn’t currently restricted, we’re exploring that now and we would ask the public to please avoid the area if they can,” added McCulley.

Anyone who does have to travel that route is asked to obey any instructions they receive from government officials or checkpoint staff along the way.

The fire at Thomas Creek is now being managed by a dedicated BCWS team in conjunction with a 450-hectare blaze at Brenda Creek approximately three kilometres south of the Okanagan Connector near Peachland. The BCWS is describing the pair collectively as the Okanagan Complex fire.