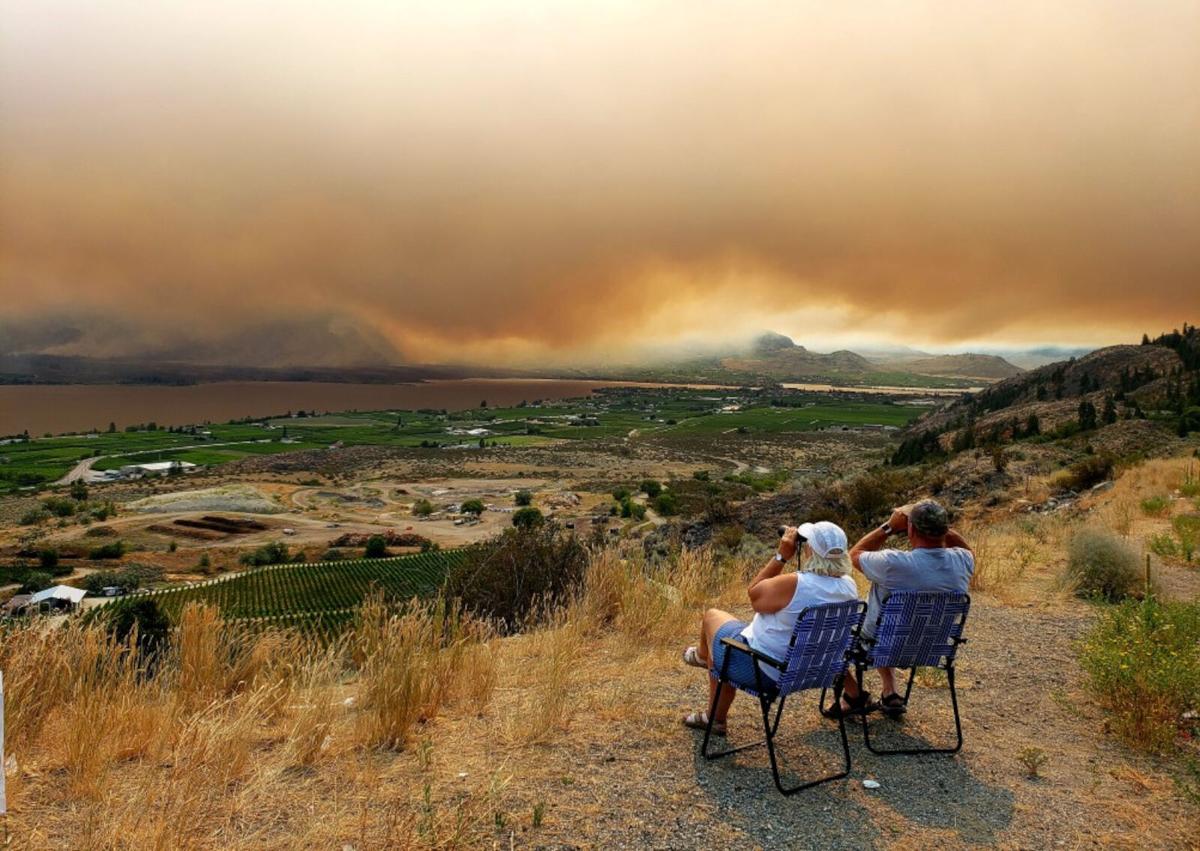 A couple perched on a hillside above Osoyoos on Tuesday watches the Nk'Mip Creek fire. 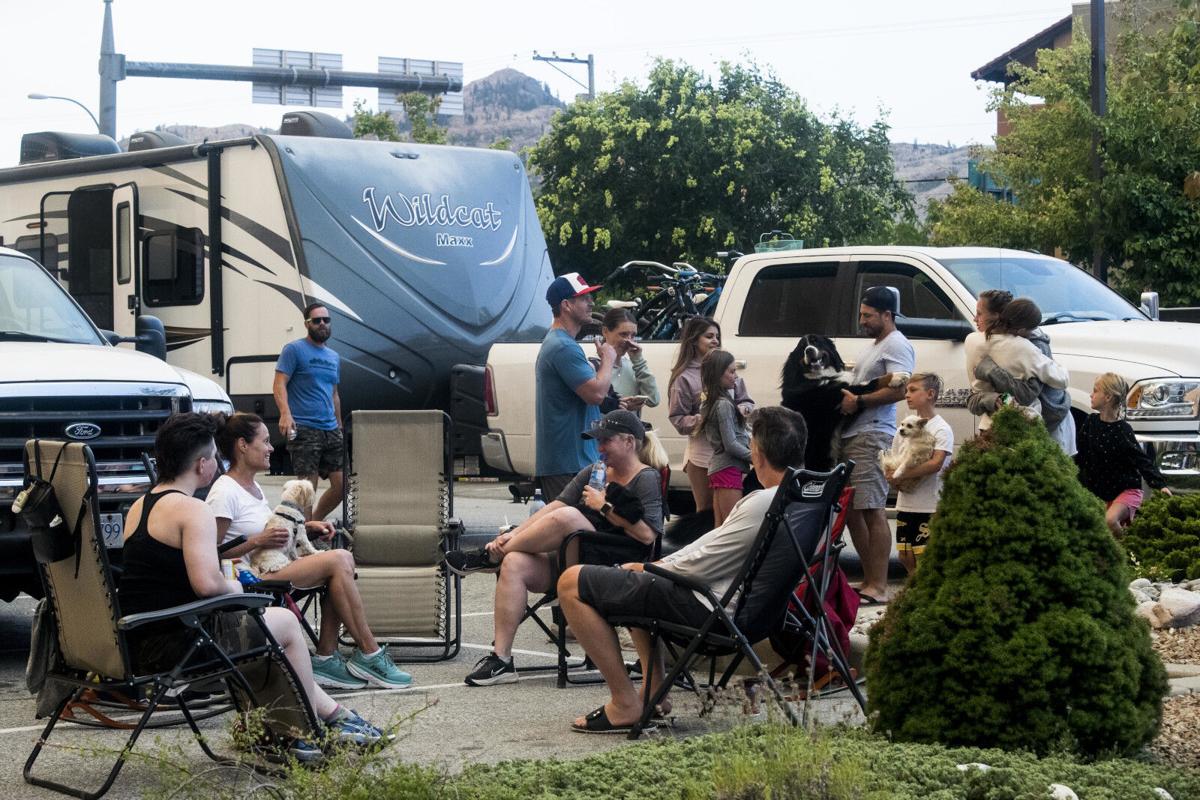 With nowhere else to go, some evacuees from the Nk'Mip Campground gathered Tuesday in the parking lot of an Osoyoos grocery store.

A couple perched on a hillside above Osoyoos on Tuesday watches the Nk'Mip Creek fire.

With nowhere else to go, some evacuees from the Nk'Mip Campground gathered Tuesday in the parking lot of an Osoyoos grocery store.

Nearly 300 properties had been ordered evacuated and 1,200 more were under alert as of Tuesday afternoon due to a pair of major wildfires in the South Okanagan.

The more concerning of the two was the Nk’Mip Creek fire, which started Monday afternoon east of Highway 97 approximately six kilometres north of Osoyoos and had grown to 2,000 hectares as of Tuesday afternoon.

BC Wildfire Services spokesman Dale Bojahra told a press conference that heavy winds drove flames north towards Oliver on Monday, allowing the fire to move six kilometres in a matter of hours through hilly terrain covered with grass and trees.

“I think that helps everyone understand the truly aggressive nature of this wildfire,” said Bojahra.

The wind switched direction on Tuesday and started blowing the fire south towards Osoyoos, he continued, increasing the urgency of efforts to guard the flanks closest to town.

“The primary focus for our crews at this point are attempts to protect the community from any wildfire losses,” said Bojahra, who was not aware of any structures being lost to the fire, which started on Osoyoos Indian Band land but is now burning across multiple jurisdictions.

Following the press conference, the BC Wildfire Service issued a bulletin warning of high winds across the Southern Interior that are expected to persist through Thursday,

“Wind activity may significantly impact fire growth in these regions,” the bulletin stated.

“The rate of fire spread will likely increase, and the direction of fire growth may change quickly on some wildfires.”

Evacuees were being directed to register at a reception centre in Oliver but urged to stay with family and friends if possible due to a shortage of hotel rooms.

Evacuation alerts were issued for another 500 properties by the OIB, RDOS and local governments in Oliver and Osoyoos.

The alerts cover properties on the east sides of Oliver and Osoyoos, where FortisBC temporarily cut power Monday to approximately 3,000 customers to assist firefighting efforts.

Smoke from the fire darkened the sky across the South Okanagan on Monday evening and carried ash as far north as Kelowna.

Meanwhile, the Thomas Creek wildfire burning approximately 20 kilometres to the north near Okanagan Falls was holding steady at 6,600 hectares as of Tuesday afternoon.

The fire, which is suspected to be human-caused, lit up July 11 in the hills approximately 1.5 kilometres east of Skaha Lake near the midway point of McLean Creek Road.

Since then, the fire has been moving to the north and east, away from Okanagan Falls and towards the 201 Forest Service Road, which is doing double-duty as a fuel break.

A total of 704 properties in the area are under an evacuation alert issued by the Regional District of Okanagan-Similkameen.

Of particular concern there is a BC Hydro transmission line that provides the only source of power for tens of thousands of homes in Peachland and the Greater West Kelowna area.

This article has been corrected. A previous version erroneously stated Summerland is supplied by the imperiled BC Hydro transmission line. We regret the error.