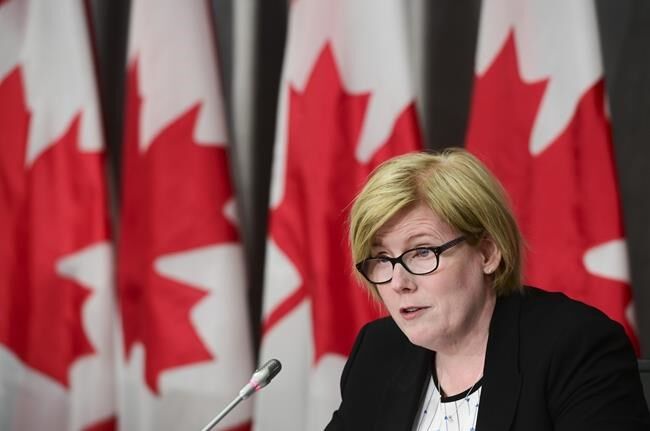 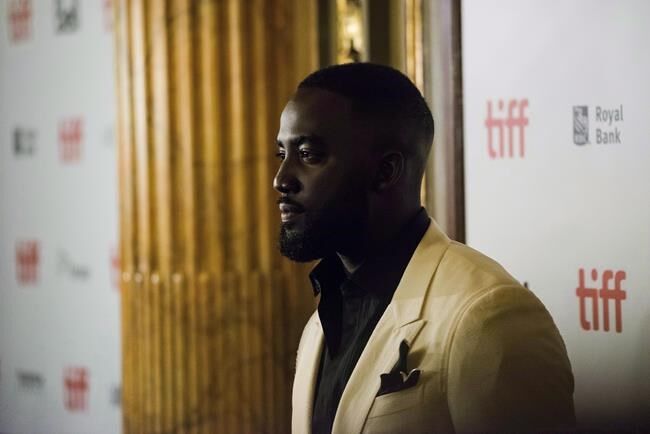 Actor Shamier Anderson arrives ahead of the screening of "Destroyer" during the Toronto International Film Festival in Toronto, on Monday, September 10, 2018. THE CANADIAN PRESS/Christopher Katsarov

Actor Shamier Anderson arrives ahead of the screening of "Destroyer" during the Toronto International Film Festival in Toronto, on Monday, September 10, 2018. THE CANADIAN PRESS/Christopher Katsarov

There's little doubt that the momentous events of 2020 will leave indelible marks on many Canadians.

The arrival of COVID-19 and its rapid spread touched practically every aspect of our lives, from personal health to income to relationships.

But it wasn't just a deadly pandemic that upended our world. So too, did a horrific mass shooting in Nova Scotia, an environmental reckoning that began with the Australian wildfires, a cultural and social justice awakening spurred by Black Lives Matter, and a fraught U.S. election that deepened divisions.

The Canadian Press asked some of the people we interviewed in recent weeks for their thoughts on what the past year has taught them. Here is a look at what they had to say:

It's allowed me to see just how resourceful I actually am and, as a result, I've been doing everything I can to help anyone else with providing resources or any kind of information that I can. (Also) I really hate cooking and that's something that I'm starting to hate less now because I've been doing more of it.... We're limited on what we have in the household so I managed to find a tuna casserole that I could make that in total cost $10.

Faith in God.... And hard work. We have to protect others and ourselves, too.

I lost my son two years ago, and that was the hardest thing I've ever experienced in my life.... The only way someone like me can move forward is by having gratitude for whatever I have... I'm hoping that I'm using the trauma that I've experienced to motivate me to move forward in a better way. To do what I believe in, especially for Indigenous populations. I don't need to take any Indigenous person's voice, but I just want to amplify their voice and amplify their concerns. Because it's really human rights concerns.

Shamier Anderson, actor and co-founder of The Black Academy, which showcases Black talent in arts and entertainment, from Toronto:

There's a lot of time on my hands now that I'm not working. Reading more (has) been the number one priority, ... and reading not just novels, but reading stories about individuals impacting change around the world, different individuals. Reading new books, Black authors, Black filmmakers. And most importantly, the priority of pushing The Black Academy. I don't know if The Black Academy would have happened so quickly if it wasn't because of this pandemic. We had a lot of time to sit and think and really refine it. So that was a priority and now it's become our number one priority.

Every decision we make helps or misses people, and that feels very heavy. (But) I'm very happy to be helping the way I can, the best way I can. I feel very lucky to have the job I have and have been able to contribute the way I have. I will always be able to tell my kids that I worked as hard as I could in 2020 and I did my very best and there's actually not a lot I would do differently. Of course I've learned things. But I did my best.

It's OK to take some time to rest. That's something that I would encourage pretty much everybody to be able to do.... For a lot of Indigenous communities, (in winter) the sun's not out as long so you're not really having a lot of days out. For Inuit in particular, the sun's never really out once you get to a certain point. So, it's a big time for people to come together and to be able to share stories with each other and just be with each other.

This Christmas is going to be tough because my mom's in Montreal and we'll be alone. She won't be able to come see us because of the rules. But there's also a sense of being in this together — that it is real — that has them stepping up. My eldest, Xavier, who's just turned 13 and very proud of being a teenager now, is cooking up a storm every weekend. That's something that he can contribute with. Kids are resilient.

The most bittersweet moment with my kids was reading a little essay for school that my son wrote. He’s 11. And it was about what COVID had been like for him at school.... He said: 'And my mother was really busy, so she wasn't really able to help me very much.' And then he wrote, ‘For understandable reasons.’

Just reading that I thought, 'Oh, God,' you know, like, ‘Poor little guy.' Struggling, but then even understanding. And I think that's an experience so many Canadian parents, and maybe especially mothers, have had, of knowing it was hard for our kids, knowing we had other things we had to do as well, and feeling really badly for not being able to support our children as much as maybe they needed.

When people go through really hard things in life, often that's when the most human growth happens. And one of the things that we see for a lot of people who experience post-traumatic growth is this....sort of reverence for the ordinary moments of everyday that we actually didn't put a lot of thought into before.... The work that I do is often helping people, support their family members as somebody who's dying, as well. And I've really come to appreciate how important it is that as humans we're able to be with each other when we're grieving a death, and be at the bedside when somebody is dying. There's been a lot of barriers to doing that this year.

Stephan James, Toronto actor and co-founder of The Black Academy, which showcases Black talent in arts and entertainment,speaking from Los Angeles:

My heart goes out to those people who have either lost loved ones or have become stricken by this virus. It was American Thanksgiving, I'm Canadian, but I took a moment the other day, being out here in Los Angeles, just to really be grateful – grateful for life, grateful for the opportunities that we have before ourselves, grateful for The Black Academy, knowing the opportunities we're about to be able to present other people with. When you're able to stand for something that's bigger than yourself, I think that's when you get the most joy out of life.

I've been very lucky in life to have a job that I love and to have amazing opportunities both to go to school and to compete in the open-wheel world down in the U.S. and go kart around the world. But all those things, stuff, can go away very quickly.... Your idea of what's constant and consistent in the world can change very rapidly. That was a big eye-opener for a lot of us this year. Institutions or social constructs that we thought were immutable changed overnight in light of the pandemic and that's been a shock but also an important learning opportunity.

I'm one of those very fortunate people to be a post-war baby and have not lived through the Great Depression; I have not lived through the (Great) Wars, except wars in our world at a distance. But my parents, my mom came from Great Britain as a war bride and my dad served in the war. So, you know, there are some elements of their sacrifice that seem clear to me now. I'm very aware of my mom having to have a ration book so that she could buy (nylons) for her wedding, and so that my grandmother could get some sugar to make a cake. And then we grumble about, you know, not getting some item at the local store because they happen to run out that week.

Being grateful for everything you get the opportunity to do. You never know what's going to happen. You've just got to make sure every day you're trying to do the best you can, change people's lives and have an impact in a positive way. That's the biggest thing I've tried to do — be more impactful on people's lives and make a difference.

This report by The Canadian Press was first published Dec. 23, 2020.