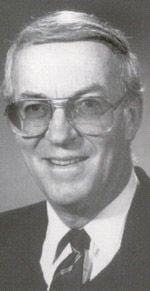 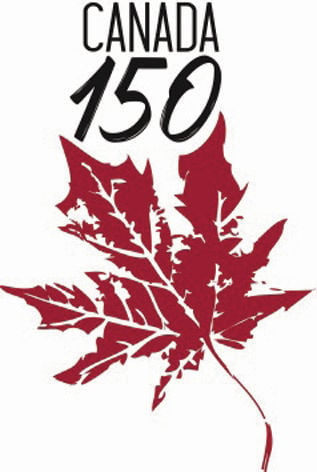 EDITOR’S NOTE: In recognition of Canada’s 150th birthday The Herald is running local historical stories. For the next several weeks we are publishing stories from our archives on prominent builders in our community. The following story (with a few updates) appeared originally in our Feb. 26, 2007 edition.

Neville Langrell “Bill” Barlee was one of the area’s best-known modern-day pioneers who spent a lifetime preserving the past for the future. Barlee had a thirst for knowledge and a love of life as big as the great outdoors he enjoyed so much.

His work has touched the lives of countless people and will continue to influence generations to come.

Described by many of his colleagues as the great historian of British Columbia, Barlee was a man of higher ideals, loved and respected by almost everyone who came to know him.

Born in Grand Forks in 1932 and raised in Rossland, Barlee’s varied background included more than 20 years as a teacher (most of those at Penticton Secondary School), a successful author, publisher, television host and lecturer.

He also had a political career that spanned nearly a decade, during which he served in two provincial cabinet positions.

The person who knew him best was his wife Kathleen (Kyle) Barlee.

Despite the success of his other careers she felt some of her husband’s most influential work came as a teacher.

“Those (students) were the ones he sent out into the world and he made them proud of being a British Columbian and a Canadian,” Kathleen said in a 2007 interview with The Penticton Herald. “He sparked kids to take an interest and he would take a personal interest in them, especially the ones who weren’t doing so well.”

But in terms of sheer popularity, it was through the award-winning television show “Gold Trails and Ghost Towns,” that most people got to know him.

“So many, many, many people loved it,” said Kathleen. “I would go to places and people from all different walks of life would say: ‘I so much enjoy his show.’”

The couple first met when Kathleen was 16 and Bill was 24. They quickly became friends and were married several years later.

“He was just such a well-mannered person and had a wonderful sense of humour,” said Kathleen. “He was an optimist who always made people feel good about themselves. You just couldn’t help but like him.”

But she later learned her fiancé had a practical side as well, especially when it came to his choice of a mate.

“He told me that because he had been married before he didn’t want to make the same mistake twice,” she remembers. “So he said he had a list of things to ask me.

“One of the things on the list was what my politics were. I didn’t have much interest in politics at the time — but I said CCF (Co-operative Commonwealth Federation) because that was what my father was and because the CCF was on the verge of the being the NDP, and that kind of sealed it.

“I asked him later what if I hadn’t been CCF and he said he would have had to think awful hard about it.”

But much to Kathleen’s surprise, Bill had one further test.

“He took an example of my handwriting and analyzed that as well,” she said. “Fortunately, he came to the conclusion I fit into all the categories.”

One of the students who was greatly influenced by his efforts was Randy Manuel, a local historian and former city councillor.

“He just had that ability to grab your attention right away and make whatever subject he was talking about just really come alive,” said Manuel. “And maybe for the boys more than the girls, he was able to capture the interest of the kid who was just on the margin as far as academics. Be it math, art or history, he just brought them to life.

“He actually was bigger than life. He tended to live outside the box — act now and ask questions later — which if he had gone through the proper channels, some of those things might not have happened.”

According to Manuel, one of Barlee’s biggest projects locally was preservation of the Kettle Valley Steam Railway.

“He did that by reaching into the government’s pockets and coming up with the money the CPR was demanding for the right-of-way and to be able to get clear title,” said Manuel. “Also, his work in the preservation of the historic Hedley-Mascot Mines.

“That’s a fantastic project, and was an incredible economic boost to the region that was essentially one of the poorest areas of the province from an economic and employment point of view.”

He was also a great champion of getting the First Nations people up and running economically and supporting their history, added the councillor.

Not only did Barlee pass that love of history on to his students, but to family members as well.

Daughter Gwen, who died in 2017 and worked withthe Western Canada Wilderness Committee, remembered the many family outings to search for treasures from the past.

“He was someone who was fun and exciting to be around,” said Gwen in a 2007

interview about the life she and her sisters Veronica and Diane enjoyed. “The things that we did as kids I just thought were normal; that other kids did what we did.

“We went treasure-hunting. We went and looked in old ghost towns. We went arrowhead hunting, we went gold-panning. It was just a fun, exciting thing to do.”

The family would often just jump in the tiny Toyota and go barrelling off along an old logging road and head out into the great unknown.

“What an exciting and a great way to get a love of the land,” said Gwen. “That’s sort of what shone through with dad; you always saw that love of the land and the people who inhabited it.”

Athletics were another big part of Barlee’s life. An accomplished tennis player, he also played hockey, lacrosse and a variety of other sports.

Barlee was first elected as a New Democratic Party member to the B.C. Legislature in 1988. He was re-elected in 1991 and that year was appointed agriculture minister, a position he held until 1993.

It was during that time he introduced the first Buy BC campaign in an effort to expand the market for home-grown food and beverage products.

According to his wife, Bill did not come from an agricultural background, and while he did know the economic side of the business, his hands-on experience was somewhat limited.

“When he was first appointed agriculture minister the press decided to gang up on him and they gave him a cabbage,” she recalled. “And he said: ‘Oh, what’s this, a lettuce?’ So it hit the news that the agriculture minister didn’t know the difference between a head of lettuce and a cabbage.

“He was a lot happier when he got to be minister of small business.”

As Minister of Small Business, Tourism, Culture and Film from 1993 to 1996, he oversaw what turned out to be, in his own words: “a period of unprecedented growth.”

In 1996 he lost his MLA’s seat by a margin of just 27 votes to BC Liberal Bill Barisoff, a former school board chair in Oliver.

In 2000 Barlee decided to try his hand at federal politics running as a Liberal candidate in the riding of Kootenay-Boundary-Okanagan.

While he received over 11,000 votes, he still finished a distant second to then-Canadian Alliance incumbent Jim Gouk, who wound up with just under 20,000 votes.

It was his final attempt at public office and two years later Kathleen and Bill decided to move to Victoria to be closer to family.

Barlee had nearly a half century of researching and writing about the historic small towns and mining camps of Western Canada and the United States.

His two most popular publications are “Gold Creeks and Ghost Towns” and “The Guide to Gold Panning,” each of which sold more than 100,000 copies.

Among the other publications he was actively involved with were Canada West Magazine and the Western News Advertiser.

During his lifetime he found and helped preserve an impressive collection of artefacts. Many of those have found their way to regional and national museums, including the Canadian Museum of Civilization in Ottawa and Vancouver’s Chinese Cultural Centre Museum.

He was also very cognizant of the ownership of artefacts and was always careful to make sure, as much as possible, they were returned to their rightful owners.

“It always seemed like we had a variety of things around our house, such as a skull or bones, I guess the kids just sort of got used to them,” said Kathleen.

Gwen died of cancer in June 2017. In a tribute published in the Vancouver Sun, she was described as “a brilliant B.C. environmental activist.”