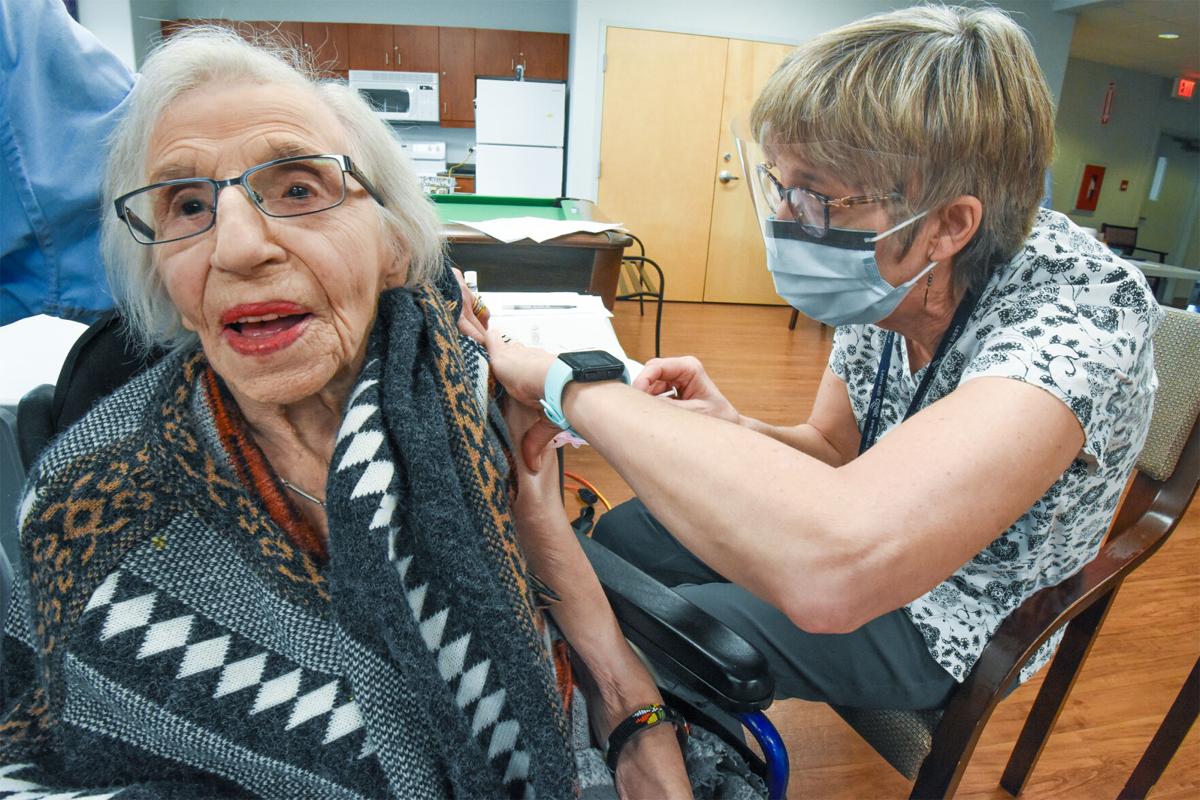 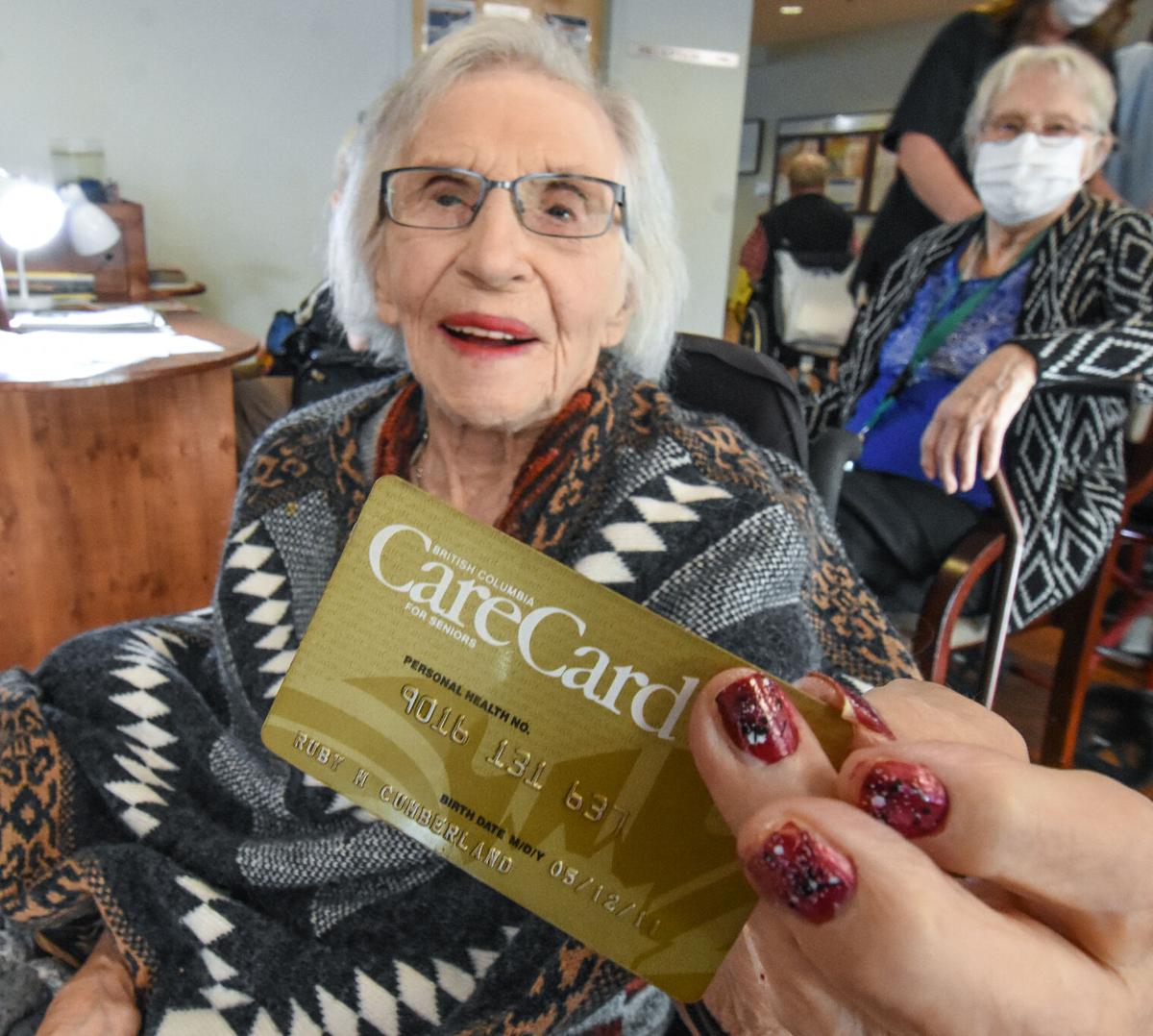 Unlike for most people, COVID-19 is Ruby Cumberland’s second go-round with a pandemic — the first was 102 years ago.

parents and sister on their Manitoba farm. Luckily, none of the family contracted the virus.

But unlike in 1918-19, when there was not even the scientific ability to test for the illness, now there are vaccines, advanced treatment options and better prevention methods in place.

Ruby, who turns 110 on May 12 and credits her longevity to “Oil of Olay twice a day and a nap,” was one of more than 100 people who received the COVID-19 vaccine this week at The Hamlets at Penticton where she lives.

“I’m not afraid at all, hardly, this is great,” she said while waiting in line for a registered nurse from Interior Health to deliver her shot.

Fortunately, The Hamlets has not had a COVID-19 outbreak so far and Interior Health said this week that outbreaks at two other local seniors’ care facilities, Penticton’s Village by the Station and McKinney Place in Oliver, have been declared over.

Beginning in 1918 and lasting for about two years, the Spanish Flu was caused by the H1N1 influenza A virus and was one of the deadliest pandemics in human history.

Reports estimate 500 million people – about a third of the world’s population then – were infected, resulting in a death toll of anywhere from 20 to 50 million people.

In Canada, a reported 55,000 people succumbed to the virus which, like COVID-19, came in waves. But, unlike the current pandemic, it was mainly younger people who died from it, according to reports.

As of Thursday, approximately two million people around the world had died of COVID-19, according to a Johns Hopkins University tracker, which put Canada’s death toll at 18,500.