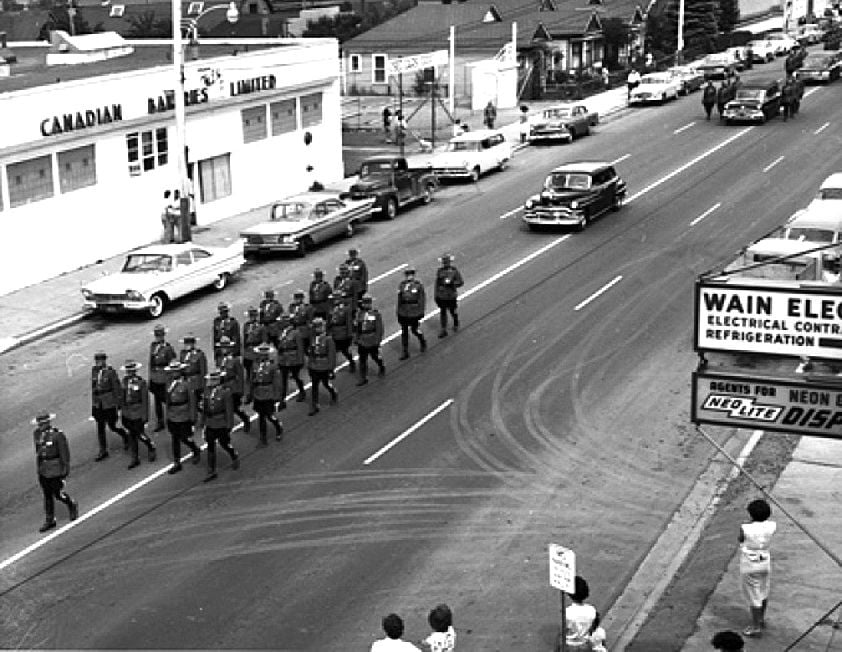 RCMP lead a funeral procession throughout downtown Kamloops following the June 18, 1962 shooting deaths of three local RCMP officers. One of the policemen on duty that fateful day was Bert Terry, now retired and living in Penticton. 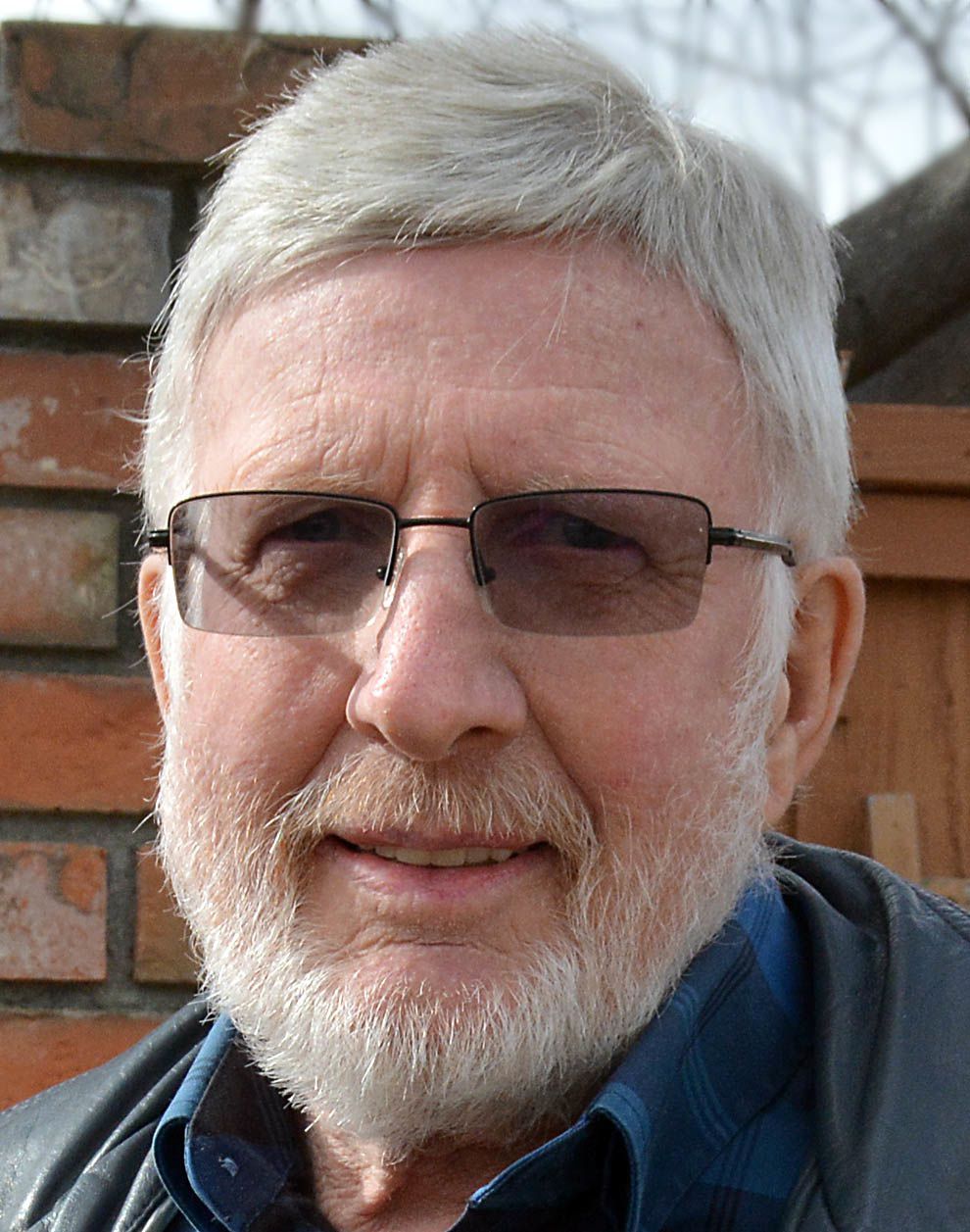 RCMP lead a funeral procession throughout downtown Kamloops following the June 18, 1962 shooting deaths of three local RCMP officers. One of the policemen on duty that fateful day was Bert Terry, now retired and living in Penticton.

Now, 55 years have passed since that fateful day when three fellow RCMP officers were shot and killed in Kamloops.

“That was the worst day I ever had with the RCMP. Three of my working buddies were shot to death within a matter of a couple of minutes,” he recalled. “That was pretty hard.”

The police shootout with a deranged gunman quickly came to mind, while Bert and his wife Phyllis recounted their lives together while making a recent donation to the South Okanagan Similkameen Medical Foundation to help provide medical equipment for the Penticton Regional Hospital expansion. The couple have lived in Penticton since 1986.

Terry, who served 25 years with the RCMP ending in 1977, was on duty as a constable with the Kamloops detachment that day. It was the morning after a boisterous community festival and the cells were filled with those who had celebrated a bit too hard the night before.

Shortly before 9 a.m., a pair of game wardens spotted a man swinging and pointing a rifle near the government welfare office in downtown Kamloops. The gunman, George Booth, was believed to have been enraged with the welfare office after his cheques had progressively become smaller in recent months.

After Booth threatened to kill the approaching game wardens, they backed off and called the RCMP. Constables Joseph Keck, Gordon Pedersen and off-duty (and unarmed) Constable Donald Weisgerber arrived at the scene within minutes. The suspect started walking away from them towards a nearby creek, refusing to heed their orders to stop.

He eventually pulled his rifle from its leather scabbard and made threatening gestures as the police tried to work their way around him.

This agitated him even more and he shot Pedersen who was crouching at the side of a dry creek bed. In the ensuing gunfight, both Keck and Weisgerber were killed and Booth fled the scene, heading into the hills further up the creek canyon.

Bert Terry had been escorting prisoners back and forth from the Kamloops Court House that morning when word of the shooting came in.

“We had 54 prisoners in the lockup,” he said. “But once the prisoners heard what happened and why, not one of them complained about being kept in the cells.”

A police manhunt ensued. This time, instead of their service revolvers, the RCMP armed themselves with hunting rifles. After locating the suspect about three hours later, another gunfight ensued in which Booth was killed.

Bert Terry noted the young constables’ deaths rocked the entire community. A joint funeral for the slain officers at the local hockey arena attracted more than 1,500 mourners, including a province-wide RCMP honour guard.

In 2012, some 300 people turned out to a special service in Kamloops to mark the 50th anniversary of the tragic shooting.

The memory lives on.