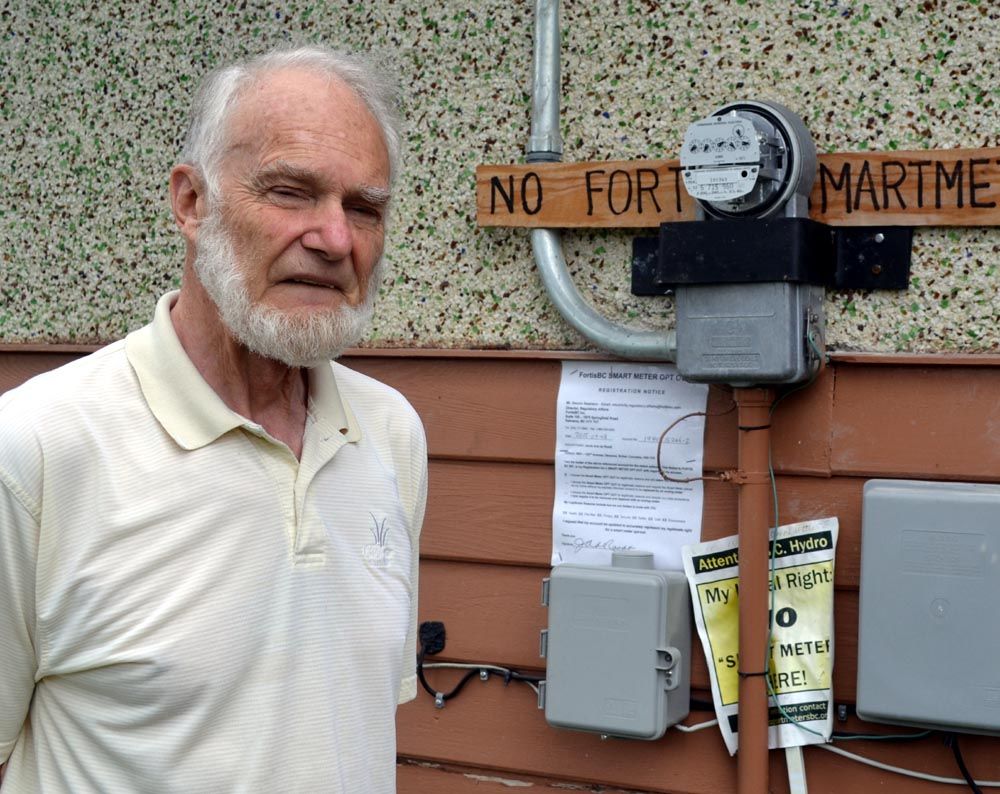 Jacob de Raadt stands beside his old analog power meter that’s been disconnected after he accidentally damaged it while trying to protect it from being upgraded to a newer model he has health concerns about. 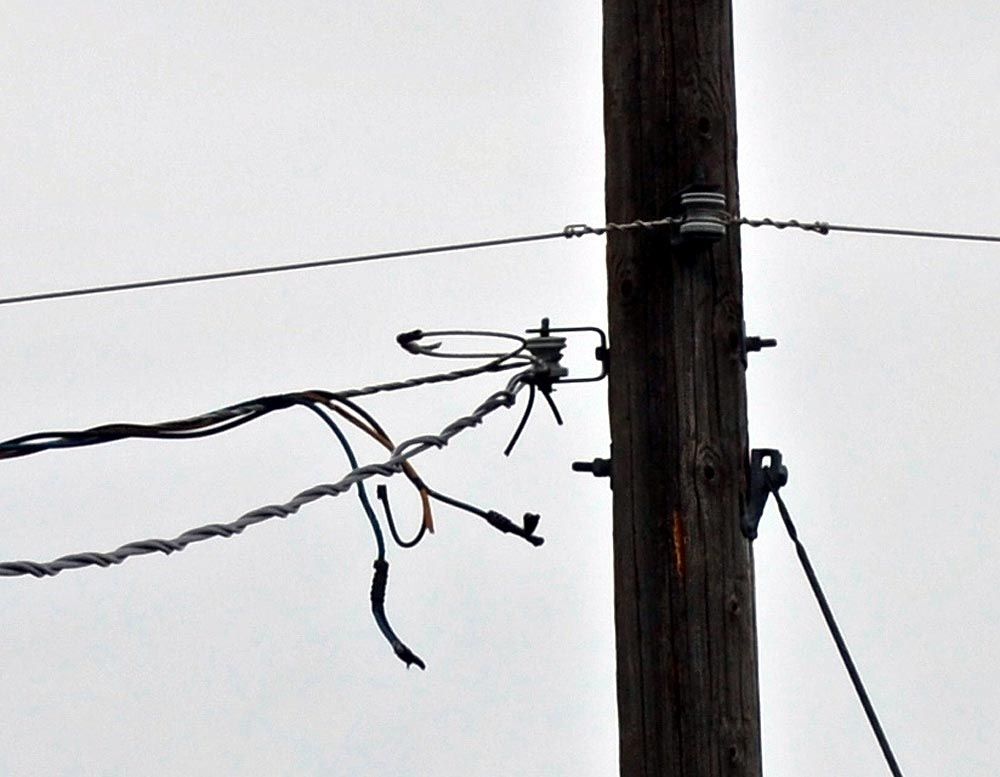 Power to Jacob de Raadt’s home was manually disconnected after he refused to allow FortisBC to replace his damaged analog meter with a smart meter.

Jacob de Raadt stands beside his old analog power meter that’s been disconnected after he accidentally damaged it while trying to protect it from being upgraded to a newer model he has health concerns about.

Power to Jacob de Raadt’s home was manually disconnected after he refused to allow FortisBC to replace his damaged analog meter with a smart meter.

OSOYOOS — Two retirees living just north of Osoyoos are “back to the 19th Century” after having their power cut off when they refused to have a smart meter installed on their home.

Jacob de Raadt said a FortisBC technician arrived at his home Tuesday to replace his damaged, but operable, analog meter with a newer model that wirelessly transmits usage data, but he refused the upgrade since his wife is sensitive to electromagnetic radiation.

The technician then told him, “No, we are not allowed to replace an analog meter with an analog meter,” said  de Raadt, and left the property “without any discussion.”

Soon after, de Raadt watched as the worker disconnected his electricity at the power pole that feeds his home.

“We are back to the 19th Century,” said the 72-year-old, adding though that he and his wife, 73, have some gas-powered appliances and solar panels that are allowing them to remain in their home.

De Raadt, a retired engineer, said they moved to the Osoyoos area in 2013 to get away from smart meters at their former home in Langley, where his wife suffered from heart palpitations and weakness they attributed to electromagnetic radiation.

Once he learned about FortisBC’s plans to install the devices in this area, he was told by the company he could have a radio-off version that would cost extra to have it read manually, an offer he countered by volunteering to call in readings from his existing analog meter.

Neither side budged, so earlier this month de Raadt installed a metal bracket around his meter to block access in case the company tried to do the upgrade when he wasn’t home.

While fastening the bracket to his house, he said, his wrench slipped and broke the meter’s glass display, prompting him to cover the device with a plastic container to protect it from the elements.

That makeshift repair was noticed by a meter reader, which triggered the technician’s visit this week.

FortisBC spokesman David Wylie confirmed most of de Raadt’s story, but said the disconnection was done for safety reasons, since the meter glass was broken and its inner workings exposed.

“Whenever we come across an unsafe situation, our priority is to make the area safe,” said Wylie.

“We didn’t have any choice at this point but to disconnect the service.”

He confirmed, however, that the company will not replace analog devices with anything but smart meters as it’s been directed to do by the B.C. Utilities Commission.

Wylie said the company has already safely installed 75,000 smart meters throughout the region, an effort that is currently underway in the South Okanagan, and is working one-on-one with customers who have concerns.

Earlier this week, however, 190 scientists from 39 countries issued appeals to the United Nations and World Health Organization to adopt more stringent guidelines to protect the public from electromagnetic radiation produced by devices such as cellular phones and smart meters.

And in April, Canada’s Parliamentary Standing Committee on Health concluded hearings on the issue, and is expected to order Health Canada to review new studies that could affect its own safety guidelines related to exposure to electromagnetic radiation.

With files from The Canadian Press.